Sam Stosur has snared the eighth and final place in the field at the WTA Tournament of Champions to be staged in Sofia, Bulgaria. 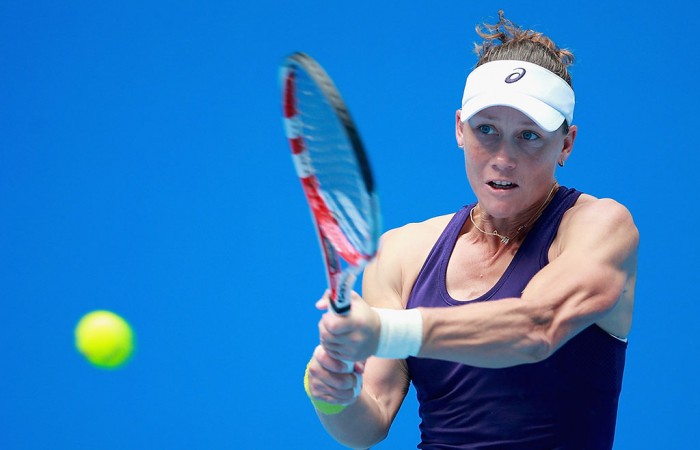 Sam Stosur has qualified for the WTA Tournament of Champions in Sofia.

According to the official tournament website, Stosur snared the eighth and final place in the field after Svetlana Kuznetsova lost in Moscow.

Kuznetsova and Czech Karolina Pliskova could have overtaken Stosur in the race to Sofia with a deep run at this week’s Kremlin Cup.

Stosur qualifies on the strength of her WTA International title victory in Osaka.

Those qualifying for the tournament are the six highest-ranked players who have won an International-level title in 2014, and who are not competing at the WTA Finals in Singapore. They are joined by two wildcards.