Bernard Tomic is out of the Swedish Open, beaten in straight sets in the semifinals by Bulgarian Grigor Dimitrov. 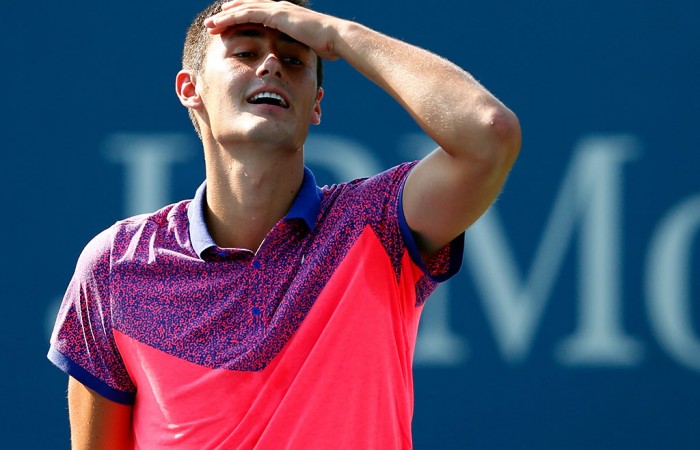 Bernard Tomic is out of the Swedish Open, beaten in straight sets in the semifinals by Bulgarian Grigor Dimitrov who remains on course to fight his way into the ATP’s Tour Finals in London next month.

The second seed won 6-3 7-5 to set up a final against top seed Tomas Berdych of the Czech Republic who beat unseeded German Matthias Bachinger 7-6(7) 6-4.

Tomic, returning from a hip injury, had beaten seventh seeded Spaniard Fernando Verdasco and third-seeded South African Kevin Anderson on the way to the semis.

It was a different proposition against Dimitrov who needed just one break in the first set.

Tomic imposed himself early in the second set to take a 4-1 lead.

But the Australian was unable to convert two set point opportunities on Dimitrov’s serve and, when Tomic served for the set at 5-3, a double fault proved costly.

Seven aces helped Dimitrov win the one-hour and 19-minute encounter and reach the final in the Swedish capital where he won his first ATP World Tour title last year.

Dimitrov leads his series with Berdych 3-1 and it’s their first meeting in a final.

“I like my chances,” said Dimitrov, on his hopes to win a fifth World Tour title.

The Bulgarian, who is currently 11th in the Race to London, added 60 points to his total.

A win on Sunday would boost both players’ chances of qualifying for the ATP Tour Finals in London next month.