Wildcard hopefuls battle it out

Aussie hopefuls picked up their racquets over the weekend to take part in the Win a Wildcard competition at Tennis World at Melbourne Park. 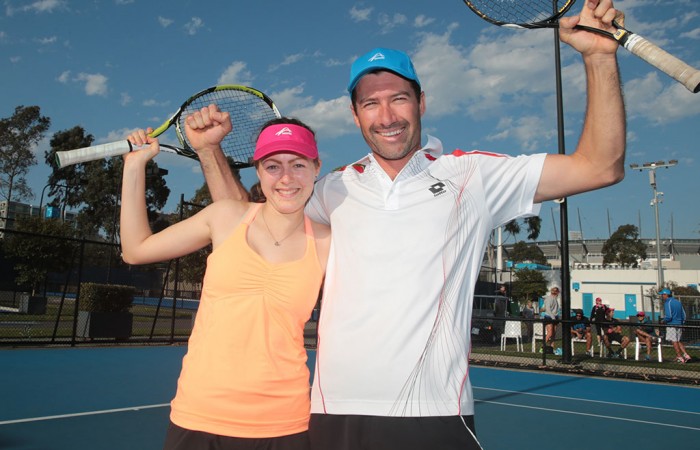 Aussie hopefuls picked up their racquets over the weekend to take part in the Win a Wildcard competition at Tennis World at Melbourne Park.

The doubles teams were competing for the ultimate goal of a wildcard into the mixed doubles event at Australian Open 2015.

The competition over the weekend at Melbourne Park was one of several qualifying events being held around Australia using Tennis Australia’s new Fast4 format.

The winners at Melbourne Park on Sunday in the A-Grade competition – Ness Pratt and Adrian Muscillo – progress to a play-off for the wildcard to be held on 21 December, also at Melbourne Park.

The overall winning team will receive the full Grand Slam treatment this summer including tournament accreditation and access to all player services.

B-grade competition winners also progress to a play-off at Melbourne Park in December and play against other B-grade winners from around the country.

A number of notable personalities hit the Tennis World courts for their shot at Grand Slam glory over the weekend, including Melbourne Rebels player Luke Burgess and Melbourne Vixens netballer Geva Mentor.

“It’s great to be able to play this Fast4 format of the game,” Mentor said.

“Tennis Australia have really put some good stuff together and especially when so many sports nowadays are playing a short form of their game, it’s just great to be able to play it in tennis on a great day like today.” 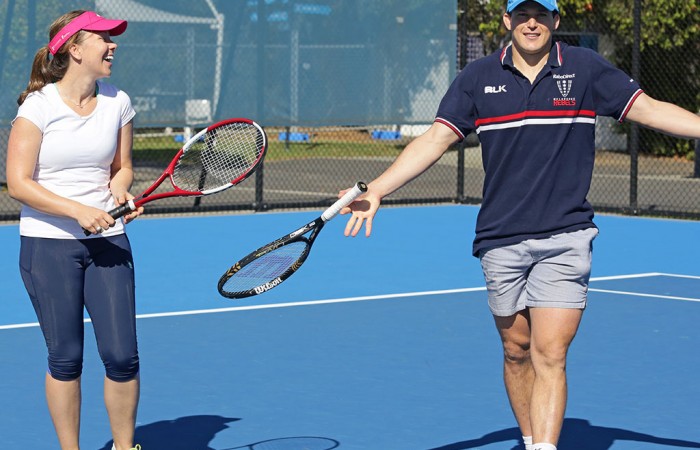 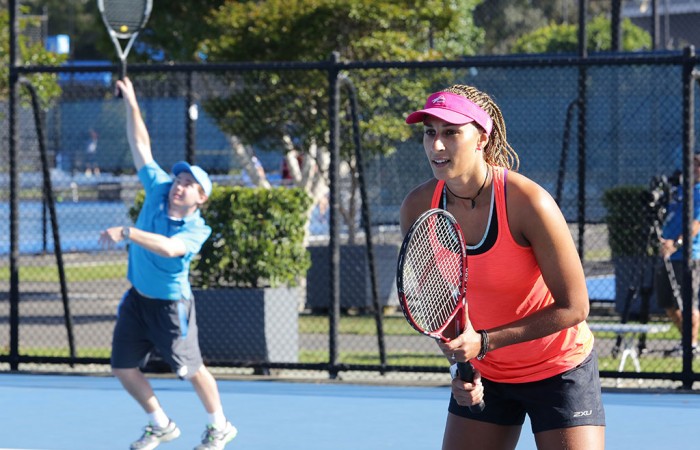