Luke Saville (AUS) and Rika Fujiwara (JPN) will headline the field as top seeds in the 2014 Hutchinson Builders Toowoomba International on 11-18 October 2014. 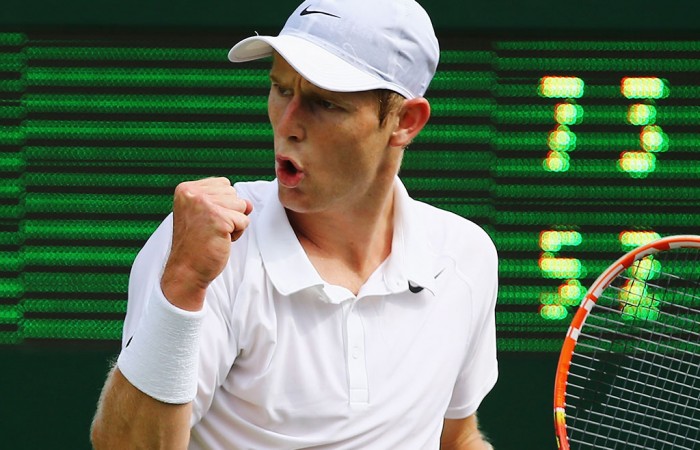 Luke Saville (AUS) and Rika Fujiwara (JPN) will headline the field as top seeds in the 2014 Hutchinson Builders Toowoomba International at the Toowoomba Regional Tennis Centre – USQ on 11-18 October 2014.

Local tennis fans will have the opportunity to attend the event and watch a crop of up-and-coming tennis stars from around Australia and the world compete for $30,000 in prize money and valuable world ranking points.

Entry is free throughout the week with grandstand finals tickets for Saturday the 18 of October only $10.

The field is further bolstered by the exciting inclusion of US Open junior singles and doubles champion Omar Jasika (VIC).

“It’s fantastic to see such a strong field for the 2014 Hutchinson Builders Tennis International. These events provide a chance for people outside of the capital cities to see top quality professional tennis,” tournament director Matt Richards said.

“The local community can come and watch Grand Slam quality tennis in their own backyard.”

Matt also praised the Toowoomba Regional Council for their ongoing support and encouraged the community to get behind the future of Australian tennis at the event.

“Following last year’s success, we hope the local community can once again head down to watch our country’s up and coming tennis stars take their next step onto the global tennis stage at this outstanding community event,” Matt Richards said.

As well as watching top quality tennis, people of all ages and tennis abilities are encouraged to join supporting community event THE GREAT TENNIS-TACULAR at Queens Park on Tuesday 14 October from 3:30pm to 6pm.

THE GREAT TENNIS-TACULAR is a series of events sweeping the nation giving every Australian the chance to play tennis. Whether new to the game or an aspiring Australian Open champion, everyone is invited to pick up a racquet and have a hit.

As part of the event, the general public can Hit the Target, a fun new tennis activity offering one male and one female participant the chance to join the world’s best tennis players on Rod Laver Arena at Kids Tennis Day, Saturday 17 January ahead of Australian Open 2015.

There will be exclusive photo opportunities with the Brisbane International trophies and Terry the Tennis Ball, play ANZ Tennis Hot Shots and Cardio Tennis plus take home some cool tennis giveaways.

The 2014 Hutchinson Builders Toowoomba International will be showcased around the world via an online streaming service. To tune in click here.

Qualifying will begin on Saturday 11 October and the main draw on Monday 13 October with play commencing at 10am each day.