In a major coup for World Tennis Challenge, reigning US Open champion Marin Cilic will head to Adelaide in January, along with tennis legends John McEnroe, Goran Ivanisevic and Michael Chang. 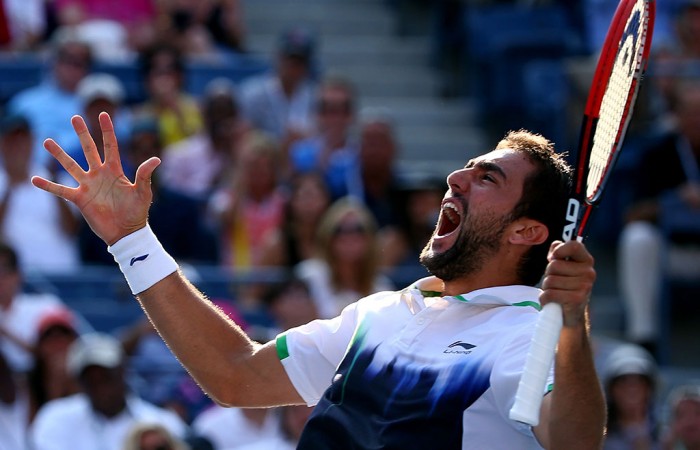 In a major coup for Adelaide’s World Tennis Challenge, tournament director and Australian tennis legend Mark Woodforde today announced that 2014 US Open winner Marin Cilic (CRO) will lead the field of current players at the 2015 event in January.

He will be joined by Marcos Baghdatis (CYP) and some of the greatest legends ever to have graced the court in John McEnroe (USA), Goran Ivanisevic (CRO) and Michael Chang (USA), with more players to be announced in the coming weeks.

Woodforde said the 2015 tournament was shaping up to be a blockbuster event.

“Players around the world are aware of the World Tennis Challenge and it’s looked upon as a great experience. It’s great to see McEnroe make a return to our city and we look forward to welcoming Cilic, Baghdatis, Ivanisevic and Chang, who I have no doubt will enjoy their time here as other players have done in the past,” he said.

Cilic, ranked No.9 in the world, is an exciting first-time addition to the World Tennis Challenge line-up following his maiden Grand Slam title win at the US Open in September.

Fans will be treated to an all-star experience when the master and apprentice, coach Ivanisevic and his charge Cilic, step on court this summer.

Meanwhile fiery former top 10 player and Australian Open 2006 runner-up Marcos Baghdatis will keep fans entertained. Another World Tennis Challenge first-timer, Baghdatis will be keen to return to the court against Cilic following the Cypriot’s forced retirement from their 2014 US Open showdown.

“Adelaide fans love McEnroe and he really enjoyed his time here a few years ago so it’s wonderful to see him return” Woodforde said.

Today’s announcement included a number of changes to the 2015 event, including the event’s addition to the Australian Open Series and move from a two-court format to the more traditional single centre court at Adelaide’s iconic Memorial Drive.

“The format change and the inclusion of the event as part of Tennis Australia’s Australian Open Series gives the seven-year-old World Tennis Challenge some fantastic opportunities moving forward,” Baldas said.

“Spectators both live in the stands and watching on television can expect something they’ve never seen before – we’re all very excited.”

“We’re extremely proud to have supported the World Tennis Challenge since it began and to see stars of the game playing in the heart of Adelaide,” Mr Bignell said.

“This event reinforces our reputation for hosting world class events and festivals, brings thousands of visitors to the city, injects more than $4 million into the local economy each year and sees images of South Australia beamed around the globe.”

Additional players for World Tennis Challenge 2015 will be announced shortly.

World Tennis Challenge 2015 tickets are now on sale. Tickets for the event start from $10 for children and $20 for adults and can be purchased online at ticketek.com.au/bookadelaide or on 13 28 49.