Sam Stosur has scored her first victory over fellow Australian Jarmila Gajdosova but in bittersweet circumstances as Gajdosova injured her ankle and was forced to withdraw. 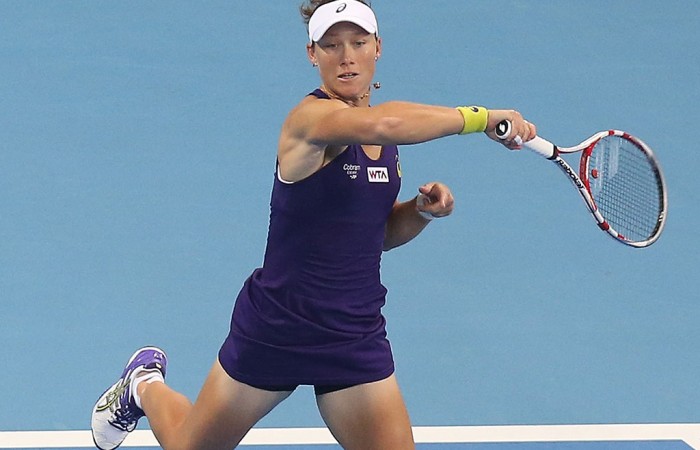 Sam Stosur has scored her first victory over fellow Australian Jarmila Gajdosova to advance to the quarterfinals of the WTA Japan Women’s Open in Osaka.

However, the win came after Gajdosova injured her ankle, forcing her to retire early in the second set.

Her match with Gajdosova was an intensely competitive one, with both players potent on serve – Stosur sent down eight aces – and the first set progressing to a tiebreak.

At 2-2 in the breaker Gajdosova rolled her ankle and required a medical time out; with Stosur dominating the remainder of the breaker, Gajdosova lasted one more game before calling it quits.