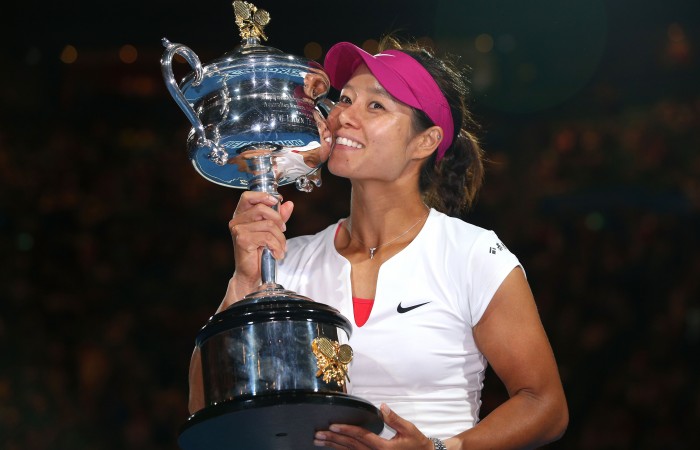 Australian Open champion Li Na is set to return to Melbourne in January.

China’s trailblazing Grand Slam champion recently announced her retirement from tennis but is looking forward to returning to Melbourne Park, the scene of her stunning 2014 victory, in a new role as “Friend of the Australian Open“.

“I’m so happy to be named as a Friend of the Australian Open,” Li said from Shanghai today.

“I love coming to Melbourne and it has always been my favourite tournament.

“In China I think we all feel that the Australian Open is the Grand Slam closest to us, the one that is easiest for fans to follow and get excited about. I’m so happy that by winning the Australian Open, it was like I could share my enjoyment of the tournament with the whole of China, and it was a victory my whole country could delight in.

“Coming back to Melbourne is a little bit like coming home. The fans have supported me throughout my career and I have so many friends there.

“I’m so happy to be helping my country experience the Australian Open and want to share my experiences with everyone.

“I can’t wait to come and just enjoy the Australian Open. I’m looking forward to being a tourist – going to my favourite Chinese restaurants, doing some shopping and watching the tennis.”

Said Tennis Australia CEO Craig Tiley: “We are delighted to announce a post playing-career partnership with Li Na. She truly is a Friend of the Australian Open and who better to talk about what makes the event so special.

“Li Na’s journey in tennis has been an inspiration to millions, both in China and around the world. She has been the catalyst for the growth of the sport in her home nation and her charm, warmth and humour has endeared her to fans everywhere.

“I can’t wait to welcome Li Na back to Melbourne for Australian Open 2015.”

The announcement was made today at the inaugural Australian Open Business Breakfast in Shanghai, sponsored by Kia and ANZ.