Bernard Tomic has been sent out of the Shanghai Masters in a three-set, first-round loss to American Jack Sock. 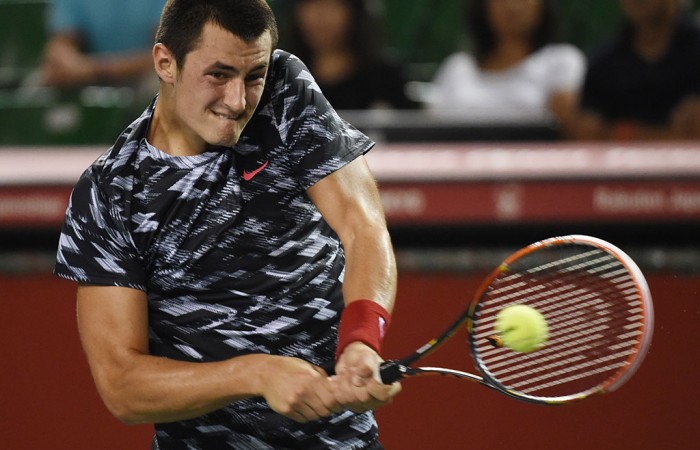 Bernard Tomic has been sent out of the Shanghai Masters in a first-round loss to American Jack Sock.

Tomic had 15 aces in the losing effort.

Meanwhile, US Open champion Marin Cilic was also eliminated in the first round, losing to Ivo Karlovic 7-5 2-6 7-6(2).

Karlovic had 20 aces and won 85 per cent of points on his first serve to this week prevent Cilic from securing his spot at the ATP finals in London.

Cilic is in the sixth spot for the eight-man field, with several players not far behind as the season winds down.

Also, 10th-seeded Grigor Dimitrov of Bulgaria was four for four on break chances in beating Denis Istomin of Uzbekistan 6-3 6-3.

Dimitrov, a Wimbledon semifinalist this year, is one of the players trying to make up points to qualify for London.

He is currently in 11th place, 335 points behind Milos Raonic in eighth.

Isner, seeded 13th, is coming off a quarterfinal appearance at the China Open, where he lost to finalist Tomas Berdych.

“Playing better away from the States is something I’m always trying to do and I feel like it’s something I’ve done so far.”

Top-ranked Novak Djokovic, Roger Federer, Rafael Nadal and Murray head the field at the tournament, which features the top 10 players in the rankings.