The Aussie trio of Bernard Tomic, Sam Groth and Thanasi Kokknakis have qualified for the ATP Masters 1000 event in Shanghai, China. 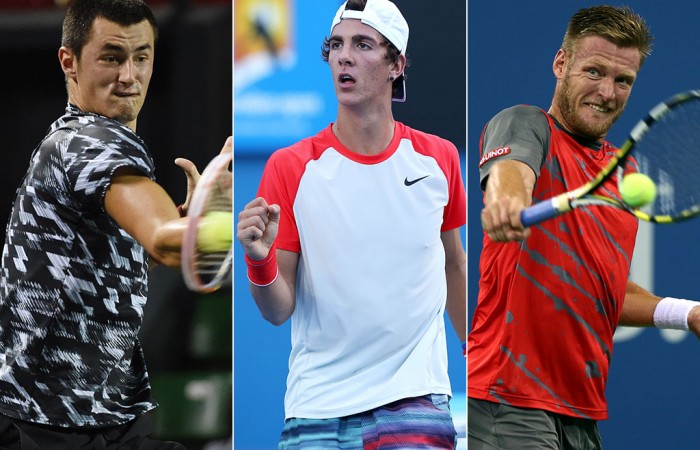 The Aussie trio of Bernard Tomic, Sam Groth and Thanasi Kokknakis have qualified for the ATP Masters 1000 event in Shanghai, China.

Each won two matches to come through the qualifying draw at the weekend, but will face much tougher opposition now that they are in the main draw.

Tomic opens against American Jack Sock with the winner to battle seventh seed and last week’s Japan Open winner Kei Nishikori, while Groth will take on No.5 seed David Ferrer in the second round if he can get past Slovakia’s Martin Klizan, who upset Rafael Nadal in Beijing last week.

Kokknakis faces Spanish veteran Feliciano Lopez for a shot at Nadal, the second seed, in the last 32.

Two other Aussies, Marinko Matosevic and James Duckworth, also embarked on qualifying in Shanghai but were unable to join their compatriots in the main draw.

Matosevic was unlucky to draw the rampaging former world No.12 Viktor Troicki in his opening match and fell in straight sets, while Duckworth reached the final round of qualifying before going down to Malek Jaziri.