Lleyton Hewitt, Grigor Dimitrov, Sam Stosur and Maria Sharapova have added their names to the star-studded field bound for the Brisbane International in 2015. 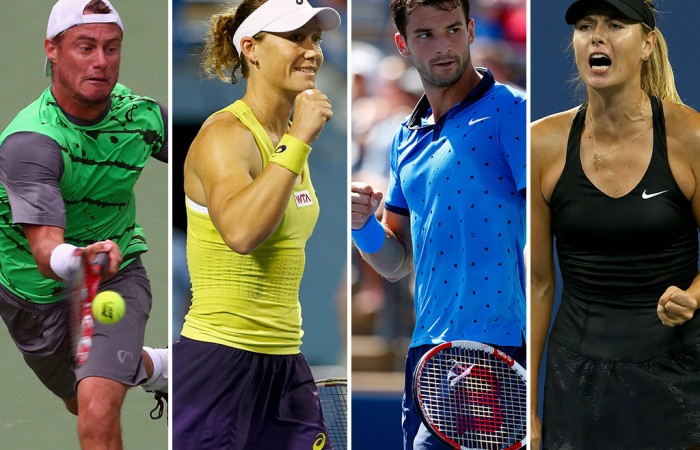 Hewitt, who defeated Federer in three sets to claim the Roy Emerson trophy in 2014, will return to Queensland Tennis Centre in January with his sights set on back-to-back titles.

“I really enjoy starting my year in Brisbane, it’s such a great tournament that traditionally has a strong line-up of players,” said Hewitt.

Hewitt will face at least four men ranked inside the world’s top 10 when he steps out in defence of his title, including the fast-moving Dimitrov who has climbed from world No.23 at last year’s event to now sit at No.10.

“To me, the ultimate goal is to win it. I love the tournament and I definitely want to win it one day and why not next year?” Dimitrov said.

Reigning French Open champion Maria Sharapova will start one of the hot favourites for the women’s title, the world No.4 and five-time Grand Slam winner again choosing to start her year in the Sunshine State.

“Brisbane is such a great tournament, I’ve tried to make it so many years and I finally made it in 2014 and it was such a great experience. The fans were wonderful and the tournament organisation was great,” Sharapova said.

Sharapova will be joined in the women’s draw by Aussie favourite Sam Stosur, who once again will start her new season competing in front of family and friends.

“It’s a wonderful tournament in Brisbane, I’ve played there many times before and I just wanted to go back to play at home this year and play in front of lots of family and friends and a great Brisbane crowd, so I’m really looking forward to it,” said the world No.21.

With four of the top 10 ATP players and a total of five Grand Slam champions already committed to Brisbane International 2015, Pearson said the tournament was fast shaping as a blockbuster event.

“The tournament continues to build each year and 2015 will be no exception. We’re thrilled with the field we have assembled so far and there are lots more names to be added to that list so there’s plenty for fans to get excited about,” he said.

“We’re delighted to welcome back our 2014 men’s finalists in Lleyton Hewitt and Roger Federer, and look forward to seeing the battle for the 2015 titles unfold.

“Tickets are selling well and we’re on track for another big crowd this summer. Pat Rafter Arena is a fantastic, intimate venue with a seating capacity of just 5500 fans per session, so I urge anyone keen to come along and see the likes of Hewitt, Federer and Sharapova in action to get in early and secure their seats.”

Minister for Tourism, Major Events, Small Business and the Commonwealth Games Jann Stuckey said the tournament would again be a highlight of the city’s summer events calendar.

“We will have the exciting prospect of seeing Lleyton Hewitt defend his title following his victory over Federer in this year’s final.

“The Queensland Government, through Tourism and Events Queensland, is proud to support this event as part of its goal to double annual overnight visitor expenditure.

“The Government’s 20-year plan for tourism, Destination Success, recognises the importance of events in bringing visitors to our destinations.”

Brisbane International 2015, presented by Suncorp and supported by Tourism and Events Queensland, will be held at Queensland Tennis Centre from 4 to 11 January.