UPDATE: Australian Marinko Matosevic has booked himself a quarterfinal clash with Kei Nishikori at the Malaysian Open, while Sam Groth and Casey Dellacqua fell in Shenzhen and Wuhan. 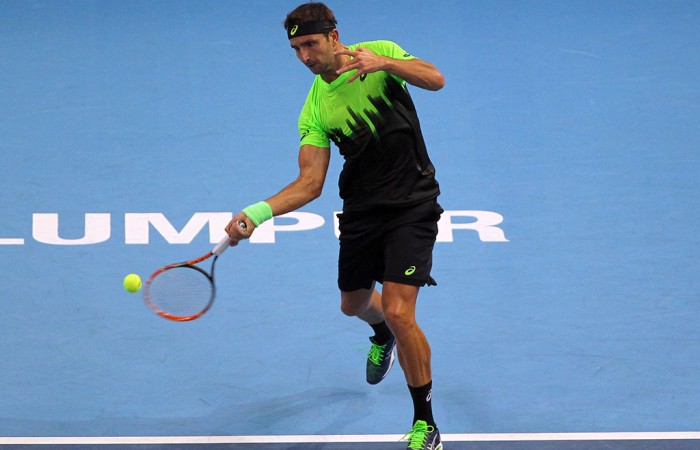 Australian Marinko Matosevic has booked himself a quarterfinal clash with US Open runner-up Kei Nishikori at the Malaysian Open.

Matosevic marched into the last eight on Wednesday when he beat Nishikori’s Japanese compatriot Go Soeda 7-6(5) 6-4 in two hours.

The 29-year-old had stunned the rising star of Australian tennis, Wimbledon quarterfinalist Nick Kyrgios, just 24 hours earlier but faces his biggest challenge of the week in the form of top seed Nishikori.

Nishikori downed American Rajeev Ram, who had beaten Australian Omar Jasika in his ATP debut, in a straight-forward match 6-2 6-3 to progress.

Nishikori, in his first match since reaching the final of the US Open, broke the unseeded Ram four times.

In other matches, fifth-seeded Pablo Cuevas of Uruguay rallied from a set down to pass Ivan Dodig of Croatia, 3-6 7-5 7-5.

Defending champion Joao Sousa of Portugal was eliminated in the first round by Benjamin Becker of Germany 7-6(1) 6-2, and Michal Przysiezny of Poland beat Malek Jaziri of Tunisia, 4-6 6-4 6-2.

Meanwhile, big-serving Sam Groth is out of the Shenzhen Open after a three-set defeat to Spanish fourth seed Tommy Robredo in the second round.

The 26-year-old Groth sent down 11 aces, and looked on track for an upset after claiming the first set in quick time, but was ultimately outclassed by the world No.22, who claimed victory 1-6 7-5 6-3 in a little over an hour and a half.

Groth fought hard to protect the one-set lead, saving four break points in the second set but couldn’t take anything off Robredo’s service games to secure an unlikely upset.

The last remaining Australian in the draw, 18-year-old Thanasi Kokkinakis, will face Colombian world No.30 Santiago Giraldo on Thursday for a quarterfinal berth.

Wozniacki too strong for Dellacqua

Casey Dellacqua has been swept aside in little over an hour by US Open finalist Caroline Wozniacki at the WTA’s Wuhan Open.

Dellacqua, who has been in stellar form in the past few months and was the last remaining Australian at Wuhan, was no match for the former world No.1 who ruthlessly took the first set to love, taking full control of the third-round match.

The 6-0 6-3 victory sets up a quarterfinal showdown with Switzerland’s Timea Bacsinszky, who claimed the monster scalp of fourth seed Maria Sharapova.