Dellacqua fights through in Wuhan

UPDATE: Casey Dellacqua has fought through to the third round of the WTA Wuhan Open, while fellow Aussie Jarmila Gajdosova fell in three sets. 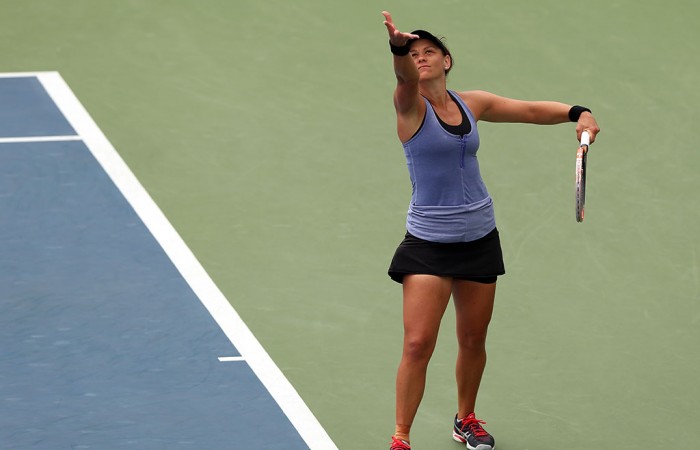 Australian Casey Dellacqua has moved through to the third round of the WTA Wuhan Open with an epic three-set win over Russia’s Anastasia Pavlyuchenkova.

Yet her compatriot Jarmila Gajdosova’s campaign ended earlier on Tuesday at the hands of wildcard Kirsten Flipkens.

In the first set, the world No.27 fell behind 3-1, reeled off four straight games and scored a chance to serve for it, and despite missing that opportunity, clinched it in a tense tiebreak.

Pavlyuchenkova hit back to take the second by a similar scoreline, before Dellacqua proved too strong and steady in the third, running out a 7-6(7) 6-7(5) 6-1 winner.

Next up is No.8 seed Caroline Wozniacki, a three-set winner of Spaniard Carla Suarez Navarro.

“I really wanted to finish the year of strong just the way I started. I was really happy to have that win today against a tough opponent and still be playing in Wuhan,” Dellacqua said.

“I’m really looking forward to the opportunity to play Caroline. I’ve actually never played her before so it’s always nice in your career to say you’ve played all the best players and it’ll be a big challenge for me, but I just have to play my game and enjoy the challenge, and see how I go.”

Meanwhile, Gajdosova had chances to snare her match but was unable to maintain her service break advantage in the final set.

She had earlier won two matches to qualify for the Premier-level event, and upset 15th seed Flavia Pennetta in the first round.

Flipkens progresses to a third-round meeting with Frenchwoman Alize Cornet, who moved on when opponent Serena Williams retired late in the first set.