Bouchard to return to Hopman Cup 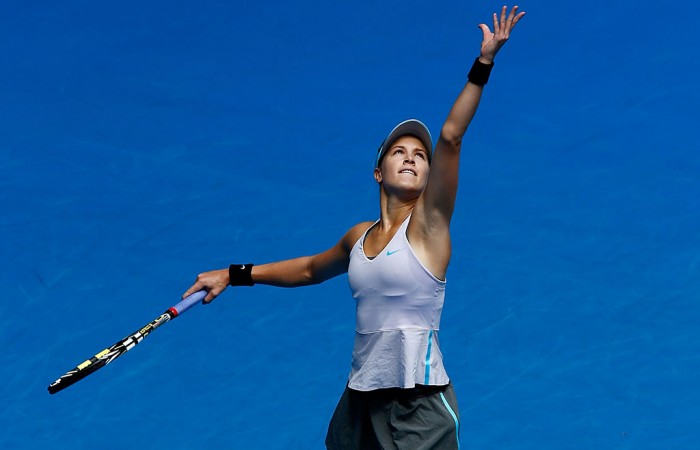 World No.7 Eugenie Bouchard will return to Perth in 2015 to play Hopman Cup.

The 20-year-old has risen up the world rankings by 25 spots since starting the year in Western Australia and now sits inside the women’s top 10.

Joining Bouchard will be rising star and world No.43 Vasek Pospisil for Team Canada when the country makes its third appearance at the event.

Bouchard has enjoyed a breakout 2014 since debuting at the Hopman Cup in January; she reached the semifinals of the Australian Open and at Roland Garros and made her first Grand Slam final appearance at Wimbledon.

“I have great memories of the event,” Bouchard said of her Hopman Cup experience this year.

“I had a great time and I think it’s a great event to kind of transition from the off season to competitive playing. Of course it’s competitive and it’s intense and it’s a real tournament. But it also kind of has a relaxed feel which I really enjoyed.”

While in Perth, Bouchard was seen out and about exploring the city, including a visit to the iconic Cottesloe Beach.

“I went to the beach… and had a crazy photo shoot on the beach in Australia which was quite interesting. I also went to a wildlife park and I was able to pat koalas and I could have held a wombat but I was too scared to.

“Perth is a very nice city and the people are so nice and friendly, it’s just very relaxing.”

Bouchard is also hoping to see her Genie Army fans in Perth.

“The Genie Army started in Melbourne of course and they’ve created this world-wide phenomenon where all these cities create their own mini Genie Army franchises and sing some songs and throw stuffed animals just like the original Australian Genie Army,” Bouchard said.

“I have to thank them, I have to thank you crazy Australians because you guys started this all. So I look forward to seeing them hopefully in Perth as well and of course in Australia.”

Pospisil, 24, who like Australia’s Nick Kyrgios, will make his debut at the Hopman Cup in January.

“I’m excited to play Hopman Cup for the first time in my career. I have heard great things about the event and I look forward to starting the 2015 season in Perth,” he said.