Hewitt impressed by next talent wave

Lleyton Hewitt is confident Australia's Davis Cup future is bright as the nation attempts this weekend to retain its place in the World Group. 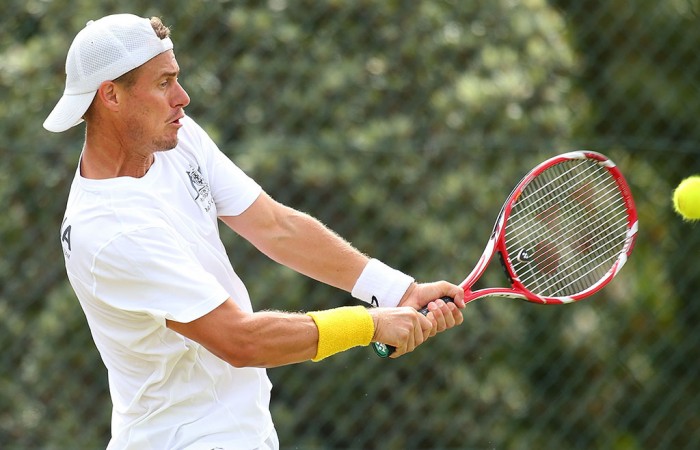 There are high hopes that 18-year-old world No.181 Thanasi Kokkinakis will make major waves over the coming years, while 17-year-old Omar Jasika also appears to have a bright future after winning both the boys’ singles and doubles crowns at this year’s US Open.

Hewitt is the ultimate warrior of Australian tennis. But at 33 years of age, the two-time major winner is now in the twilight of his decorated career, and is unlikely to taste another Davis Cup title.

The world No.49 will be back in action this week when he spearheads Australia’s World Group play-off against Uzbekistan in Perth, starting Friday.

If Australia wins, it will retain its spot in the elite 16-nation World Group, giving it a shot to win an unlikely title next year. If it loses, it will be relegated to the Asia/Oceania Zone.

Hewitt has been heartened by the recent emergence of 19-year-old Kyrgios, Tomic and Kokkinakis, and is optimistic Australia will be able to match it with the world’s best nations over the coming years.

“For us it’s about regrouping and consistently putting ourselves in a position to be in the World Group year after year,” Hewitt said.

“Hopefully we can get enough wins up to start getting seeded and get some better draws.

“A lot of things have to fall your way to win a Davis Cup. A lot depends on the draw and home and away matches and what surfaces you play on, but we are definitely looking a lot better than a couple of years ago.”

Hewitt holds the Australian record for most Davis Cup ties played (37), most singles wins (40), and most total wins (54).

The South Australian has been joined in Perth by Kyrgios, Chris Guccione and Sam Groth, with Uzbekistan to be led by world No.55 Denis Istomin and world No.133 Farrukh Dustov.

Although adding Davis Cup duties to an already hectic schedule can be challenging at times, Hewitt said the competition was always close to his heart.

“It’s the pinnacle of our team competition,” Hewitt said.

“For me, Davis Cup has meant so much and been such a big part of my career.

“It’s a lot of fun seeing these younger guys, the new faces taking the next step in Australian tennis.

“I’m just fortunate I can still be a part of it.”