Gajdosova through to round two

Australia's Jarmila Gajdosova has breezed into the second round of the Hong Kong Open with a straight sets victory over Thailand's Luksika Kumkhum. 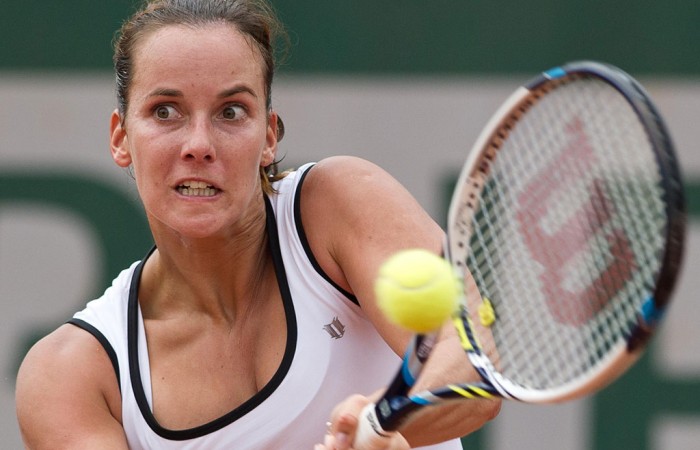 Australia’s Jarmila Gajdosova has breezed into the second round of the Hong Kong Open with a straight sets victory over Thailand’s Luksika Kumkhum.

Gajdosova, who set up the match-up having won her way through three rounds of qualifying, took a closely-fought first set in a tiebreaker, before marching through the second set in the 7-6(3) 6-2 victory.

The 27-year-old world No.99 will attempt to win her fifth straight match when she faces Kiki Bertens of the Netherlands, who toppled No.8 seed Anna Schmiedlova.

Gajdosova was joined in the second round by top seed Sabine Lisicki of Germany, who needed three sets to overcome Romania’s Monica Niculescu and progress to the second round of the $US250,000 tournament.

Lisicki lost the first set 6-3, but recovered to take the second on a tiebreak before claiming the third in convincing fashion 6-1.

The world No.31 will play Grace Min of the United States in the second round.

Schiavone will play veteran Japanese star Kimiko Date-Krumm in round two after she eased past Swede Johanna Larsson 6-3 6-3.