While you were sleeping 3/9

Grigor stumbles, Martina Hingis' doubles party continues and the Williams sisters are upset, it all happened while you were sleeping. 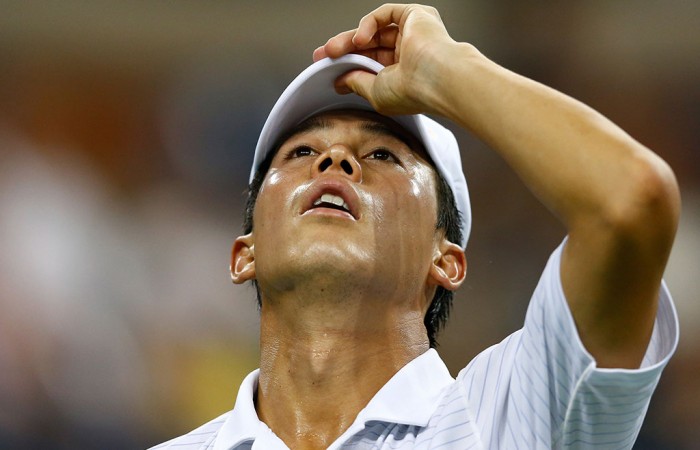 With all Australians out of the main draw, focus turns to the juniors where Omar Jasika scored a 6-3 5-7 6-3 win to progress to the third round, while 13th seed Naiktha Bains was knocked out in straight sets

Grigor Dimitrov’s dream of winning his first major will have to wait until at least next year following his straight-sets loss in the fourth round to Frenchman Gael Monfils.

Hard to believe but one of Shuai Peng, Caroline Wozniacki or Sara Errani will be a US Open finalist later this week. Anyone pick that?

Is it possible for an unseeded duo to be upset by the tournament fourth seeds? It is when the unseeded pair in question is Serena and Venus Williams. The unseeded Americans were ousted by fourth-seeded Italians Sara Errani and Roberta Vinci in straight sets.

Martina Hingis’ US Open doubles tour with support act Flavia Pennetta continues, this time the sentimental favourites downed fifth seeds Kveta Peschke and Katerina Srebotnik in the quarterfinals. Pity the Williams sisters are out of the doubles – that would have been a sell-out final.

She was one of the biggest stories in the first week when she became the youngest winner of a main draw match since 1996 thanks to her stunning win over 12th seed Dominika Cibulkova but 15-year old CiCi Bellis hasn’t been able to transfer that success to the juniors event. The top seed in the girls’ championships, Bellis has been knocked out in the second round by unseeded Russian Natalia Vikhlyantseva.