Vowing to toughen up physically and mentally, Nick Kyrgios believes he can return to Flushing Meadows and win the US Open. 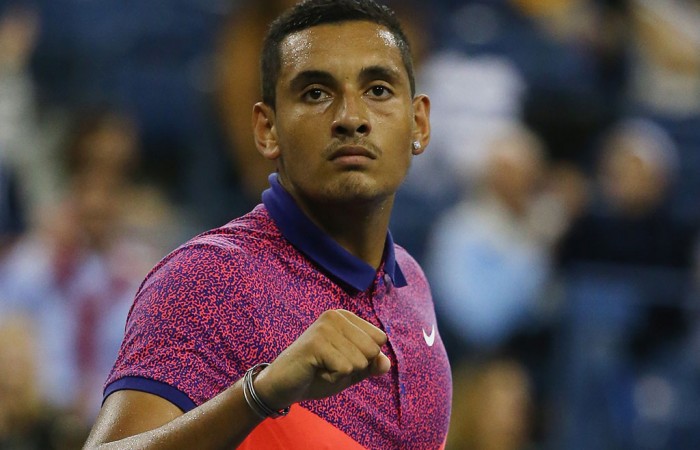 Vowing to toughen up physically and mentally, Nick Kyrgios believes he can return to Flushing Meadows and win the US Open after capping his spectacular Grand Slam arrival with a showstopping run in New York.

Kyrgios left the Big Apple upbeat after taking out seeded two-time semifinalist Mikhail Youzhny and the higher-ranked Andreas Seppi before learning a lesson in court smarts in a four-set third-round loss to Tommy Robredo.

Just as it had at Wimbledon, where he blitzed Rafael Nadal, Kyrgios’s explosive play earned rave reviews at Flushing Meadows.

Former world No.1 Jim Courier marvelled in commentary about how the only teenager in the world’s top 100 had all the weapons to win majors.

“He hits the ball every bit as hard as the guys winning majors. There’s no power gap whatsoever,” Courier said.

“This kid just has it. I love the mojo this guy brings to the court. He’s got a lot of energy, a lot of game.”

Courier, though, likened the 19-year-old to another talented power-hitting Greek-Australian, two-time Grand Slam runner-up Mark Philippoussis, and said he needed rein things in a touch.

Otherwise, Courier feared Kyrgios may end his career like Philippoussis without a major.

“The last thing I want is for Nick Kyrgios to lose himself because we need personalities like him. I want him to refine and allow himself to play his best tennis.”

After racing through the first set against Robredo and leading by a break in the second, the flashy youngster appeared to get over-excited under the bright lights of Arthur Ashe Stadium.

“For me, the result is very disappointing but probably not surprising given the kid’s only 19 and where he’s at in the journey.

“It just highlighted to me how many things firstly he can do well and then also how many things he needs to improve on. He’s still two or three years away from seeing his best tennis, as far as I’m concerned.”

Eagle described the pacey US Open hard courts as “tailor-made for his personality” and Kyrgios said he hoped to return next year as a genuine title contender.

“Next year is going to come around quick. I think the conditions here suit me and I am always going to be confident,” he said.

“I am going to take a lot of things out of this match. Two things stand out for me, that being mentally and physically. I have to go and get fitter and stronger … in my legs.

“But I thought my level was really good. From a tennis stand point, I can always improve, but I am really confident from that point of view.

“I am not feeling bad at all with the result. He played some really good tennis out there … it is just the experience and managing the emotions maybe a bit better.”

Kyrgios is guaranteed a top-50 ranking for the first time next week and is on track to earn a top-32 seeding at the Australian Open in January.

Casey Dellacqua is Australia’s last singles hope at Flushing Meadows and is due to play world No.12 Flavia Pennetta for a place in the quarter-finals on Monday (1am Tuesday AEST).