Tomic set to take it to Ferrer

Bernard Tomic is vowing to up the ante in a bold bid to break his second-round hoodoo and blow the US Open draw wide open. 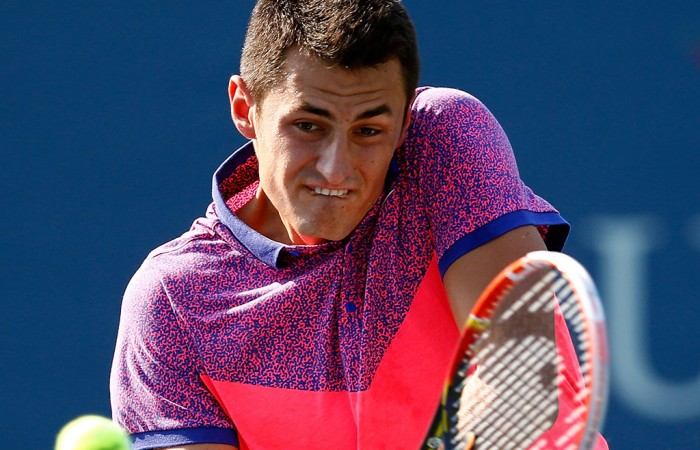 Bernard Tomic is vowing to up the ante in a bold bid to break his second-round hoodoo and blow the US Open draw wide open.

Tomic takes on Spanish ironman David Ferrer on Friday, having fallen at the second hurdle at Flushing for three straight years.

The world No.67 will a big underdog on Friday but is driven by the spoils on offer for an against-the-odds triumph over the fourth-seeded, fifth-ranked Ferrer.

Cilic is the only other top-20 rival lurking in Tomic’s quarter of the draw and the Australian wildcard is eager to seize the moment.

“Ferrer’s in the top four. That side of the draw can open up,” Tomic said.

But the 21-year-old knows he must be brave, strike the first blows and not be dragged into long, drawn-out rallies against a relentless opponent onsidered the fittest on tour.

“He’s a very difficult player. I’ve got to go out there believing in my tennis,” Tomic said.

“That’s going to give me chances against him, but we all know it’s not going to be easy.

“He’s a world-class player and I have to take my chances when they come against him.”

Ferrer, a former US Open semifinalist and runner-up to countryman Rafael Nadal in last year’s French Open final, has beaten Tomic in straight sets in both their previous meetings.

“I’ve played him a few times in practice where I’ve had the better of him, but these courts are going to favour a little bit on my side,” Tomic said.

“I’ve always played good here. I played the juniors here – won it when I was 16 – so anything is possible in that match because he’s going to only play that one-two tennis that he does.