UPDATE 2pm: Bernard Tomic has set up a second-round bout with No.4 seed David Ferrer at the US Open, while fellow Aussie Marinko Matosevic fell to Roger Federer. 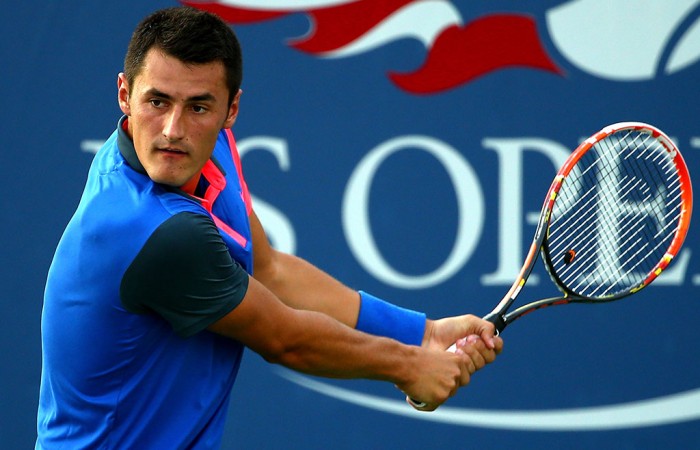 Bernard Tomic has won his opening round match at the US Open with a straight-sets win over German Dustin Brown.

Tomic produced a backhand winner to bring up match point in the third-set tiebreak, and sealed victory with a forehand winner on Court 5 at Flushing Meadows.

Tomic was relieved to have knocked over Brown in three sets.

“I dug deep and I played well,” Tomic said.

“I played the right tennis. It was what I needed to do against Dusty because we all know what he is capable of doing.

“He can beat anyone. He has done that before. He has beaten Nadal and has had wins over Lleyton, so you have to be ready for him.”

Federer too strong for Matosevic

Later on Tuesday, five-time US Open champion Roger Federer advanced to the second round with a 6-3 6-4 7-6(4) victory over Australian Marinko Matosevic.

Federer was cruising against the 76th-ranked Matosevic with a two-set lead and a break in the third before his Aussie foe broke back to eventually force the tiebreaker.

“It was a bit more difficult than I thought it was going to be,” admitted Federer, who is seeking an 18th Grand Slam title but his first since Wimbledon 2012.

He will face another Australian, 104th-ranked Sam Groth, for a third-round berth.