Casey Dellacqua in enjoying the perks of being a seeded player after storming into the second round of the US Open. 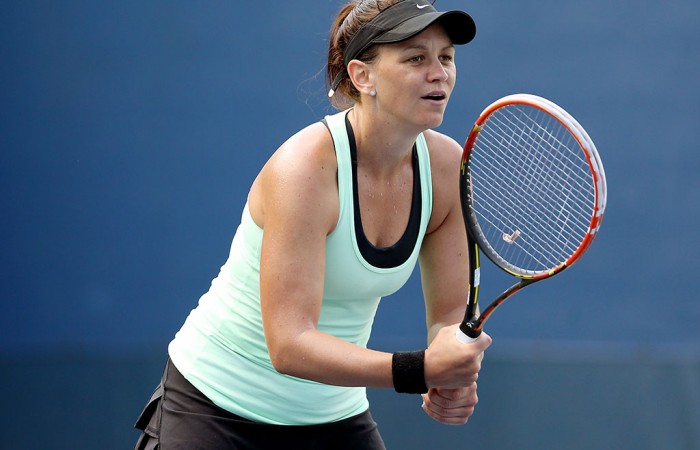 Ever humble, Casey Dellacqua says she doesn’t feel like a Grand Slam seed.

But the most-improved player in women’s tennis said she was happy to enjoy the perks after storming into the second round of the US Open on Tuesday.

Dellacqua powered past Austrian Patricia Mayr-Achleitner 7-5 6-3 in 88 minutes before admitting her newfound status had its benefits, even if it hadn’t altered her approach.

“But it certainly doesn’t mean that I go about anything differently. I still have to prepare as I do for every other match.

“I know it’s so cliche but it is kind of just a number.”

Dellacqua arrived in New York last year as the world No.184, but after surging to a career-high 30th this month, the West Australian is seeded 29th this year.

Having twice run into Maria Sharapova early on at Flushing Meadows and drawn world No.4 Agnieszka Radwanska in the second round at Wimbledon, her most recent major, Dellacqua is eager to capitalise on her protected position.

As a seed, she is guaranteed not to meet a higher-ranked rival until at least round three.

“I just want to win as many matches as I can and I was really happy that I was able to get through that one today,” Dellacqua said.

“I’ve obviously played some good tennis this year, but this is the last Grand Slam of the year and you do want to play some really good tennis at the Slams.

“First match of a Slam, first round, you often see a lot of close first sets. I knew that was going to be the case. All my matches this year in the first round of all the slams have been extremely tough, so I didn’t expect anything different.

“But once I settled into the match and found my feet, by the end of the match I felt like my tennis started to come a bit too.”

Next up is world No.139 Qiang Wang, a Chinese qualifier that Dellacqua knows nothing about.

“I didn’t know much about Patricia either, so my coach will hopefully get lots of footage and we’ll have a plan come Wednesday.”