Sam Stosur doesn't need to take the "Walk of Champions" or see her framed life-sized champions photo - the 2011 US Open champ only needs to stroll through the general admission gates at Flushing Meadows to feel like a contender again. 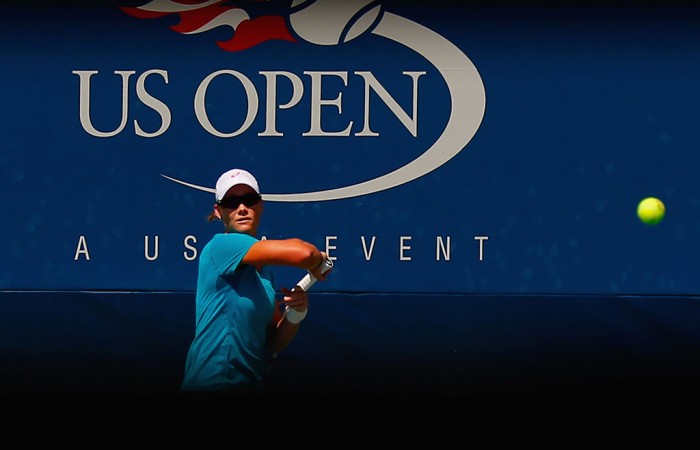 Sam Stosur doesn’t need to take the “Walk of Champions” and see her framed life-sized photo mounted right next to Pat Rafter’s at Flushing Meadows to get her US Open juices flowing.

The 2011 champion only needs to stroll through the general admission gates to feel like a contender again.

“It’s a great feeling coming back to a place where you’ve done well – and winning it is as good as it gets,” Stosur said ahead of her first-round match against American Lauren Davis on Tuesday.

“I know my game can stack up really well on these courts in these conditions and, if I put it all together at the right time and get it happening, I know that I can do well here.

“I’ve proven that in the past, so why not do it again.”

Seeded 24th this year, Stosur has every reason to feel optimistic heading into the final Grand Slam tournament of the year after finding her mojo during the American hardcourt swing.

“The build-up’s gone the way you’d hope it would,” she said.

“It was a bonus to get that wildcard in Connecticut and make the most of it, making the semis. The last couple of weeks have been really good.”

Stosur’s vastly improved form has followed her appointment last month of Simon Rea, who finished his coaching stint with Nick Kyrgios after the teenager charged to the Wimbledon quarterfinals.

Stosur had planned to go coachless for the rest of 2014 after parting ways with Andy Murray’s ex-mentor Miles Maclagan before Wimbledon.

But the 30-year-old’s change of heart has proven a masterstroke.

“Obviously I’m really happy that I made that decision,” Stosur said.

“He’s been really good to get me to believe in my tennis again and use my weapons again.”