Sam Groth wants to be known for more than just owning the fastest recognised serve in world tennis as he makes his US Open debut on Day 2. 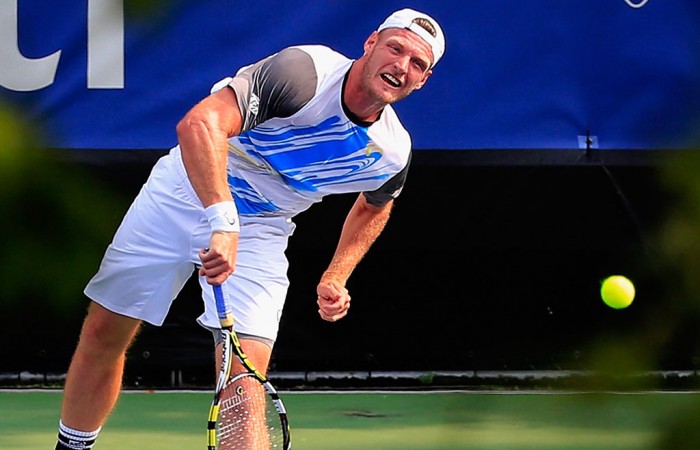 Sam Groth wants to be known for more than just owning the fastest recognised serve in world tennis.

And the Australian believes he’s halfway there after gaining direct entry to the US Open for the first time.

Groth famously thundered down a 263kph bullet in South Korea in 2012, but he is equally proud to have gained locker-room respect for cracking the world’s top 100 last month very much the hard way.

The 26-year-old is often dubbed a late bloomer, but he’s more the quintessential sporting journeyman.

In between, there’s been countless lonely nights grinding away on the low-money Futures Tour and even a stint playing Australian Rules three years ago in Melbourne.

“It’s been a long journey since I started and also a bit of a different journey,” Groth told AAP ahead of his first-round match at Flushing Meadows on Tuesday.

“I think a lot of people didn’t think I’d get to a point where I’d get inside the top 100, especially when I took that time off and went and played footy and wasn’t even playing tennis.

“So I’m really happy with where I’m at right now and super pumped to be here, but hopefully this is not as good as it gets.

“I really feel like I’ve got more steps in me and I have a good opportunity to do well here.”

“I play a guy who is probably more suited to clay,” Groth said.

“He’s had some good wins. He beat Lleyton (Hewitt) earlier in the year and he played Bernie (Tomic) here last year. They had a tough one in five. But there’s a lot of worse ones I could have drawn.

“I’m going go out and do my best and, if I do get to play Federer in the second round, that would be something special for me and an amazing experience.”