John Millman and Abbie Myers have continued their promising returns from injury by scooping titles in what was a stellar week for Australians on the ITF Circuit. 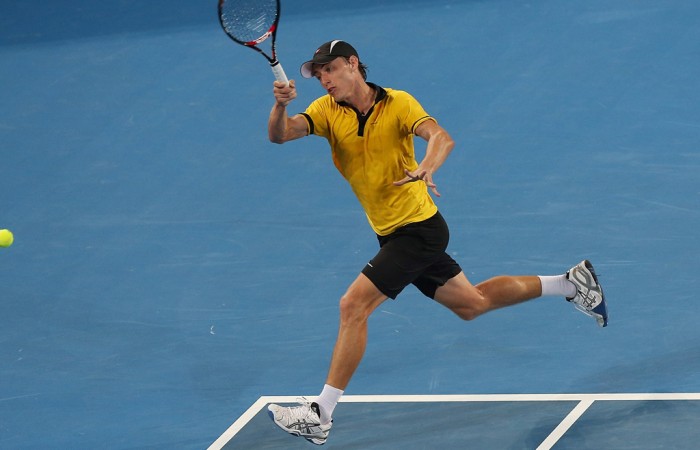 John Millman and Abbie Myers have scooped titles in what was a stellar week for Australians on the ITF Circuit.

At the weekend, Millman clinched his second successive tournament crown with victory at the ITF Futures event in Ansung, Korea, while Myers went all the way to the $10,000 title in Sharm El Sheikh, Egypt.

Millman continues his impressive comeback from shoulder surgery, which began when he returned to the courts in April after an 11-month absence.

In addition to his title in Ansung and the week before Chuncheon, the 25-year-old has also reached a further three Futures quarterfinals, taking his win loss record since his return to 16-6, including his last 10 straight.

“Great to get another win in Korea. Nice test on the dirt!” he tweeted after beating New Zealand’s Jose Statham 6-1 7-5 in the final of the claycourt event.

Myers, meanwhile, produced two come-from-behind victories en route to her first ever professional title, including in the final, where she overcame lucky loser Yixuan Li 3-6 6-3 6-0.

In the quarterfinals, the 20-year-old downed Maria Joao Koehler 7-6(5) 2-6 7-5, a Portuguese player who just last year reached the second round of the Australian Open and played the main draw at all four Grand Slam events.

Myers currently sits outside the world’s top 1000 following a bad run with injuries but having boosted her win-loss record in 2014 to 22-7, stands to rise much higher.

Meanwhile, Propoggia fell in the final of the ITF Futures event in Minsk, Belarus, while across in Chinese Taipei, Whittington advanced to the final at the Koahsiung Futures event before losing to Liang-Chi Huang in the title match.

Mott reached his second Futures final of the season, yet went down to fourth-seeded Brit Liam Broady in the tournament in Winnipeg, Canada.