Dellacqua reflects on career-best year ahead of Open

Casey Dellacqua chats exclusively with tennis.com.au ahead of the US Open where, at No.29, she will be seeded for the first time in her singles career at a Grand Slam event. 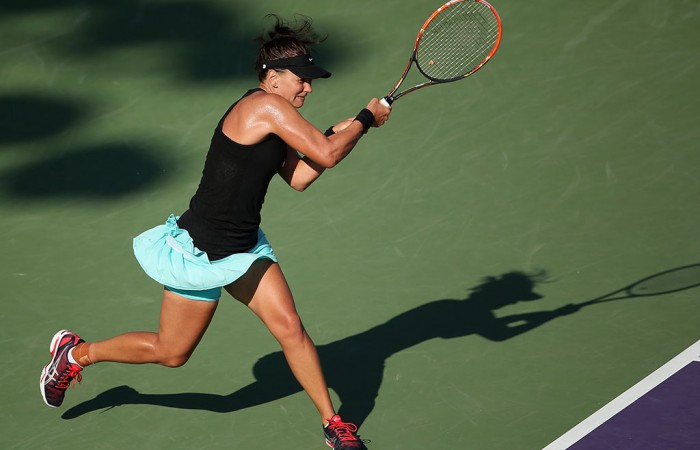 Casey Dellacqua enters the US Open as the newest member of the world’s top 30, and seeded at a Grand Slam tournament for the first time in her singles career, at No.29.

Despite having lost her last three matches – the latest came in New Haven to Alison Riske – the popular left-hander from Western Australia has drawn a winnable opening round match at Flushing Meadows against 85th-ranked Patricia Mayr-Achleitner of Austria.

Speaking exclusively with tennis.com.au from the Western & Southern Open in Cincinnati, Dellacqua reflects on her astonishing rise up the rankings this season and how she feels heading into the year’s final major event.

Less than a year ago you were ranked outside the top 200 and now you’re in the top 30 – can you believe it?
It’s been a really good 12 months, to say the least. It’s probably exceeded maybe what I thought I could achieve. I’ve always had goals and things along the way that I wanted to achieve. But certainly to be top 30 is something pretty special, especially being 29 and obviously probably in the latter stages in my career. But I still feel young at heart and young in the mind, so so far, so good.

What are some of the things that have helped make such a rise possible?
I think there’s been a combination of things. My coach, Stinger (Shannon Nettle), he’s been unbelievable with my game and finding a way that I feel good about playing. Physically, (with) my trainer Giselle back in Sydney, we’ve put a lot of hard work in over the years. And it’s not just in the last 12 months, that’s been like a five-year plan. And I think just being happy off the court always helps, and just having things to be excited about, and I don’t worry about tennis so much. So I think a combination of a lot of things.

You’ll be seeded for the first time at a major at the US Open. How big an achievement is this, and what does that mean for your chances?
It’s obviously an added bonus, my reward for playing well. But it doesn’t ever I guess guarantee you any easier draws; always pretty much at the Slams from the first round it’s going to be (tough). But obviously I’m not going to be drawn up against someone who’s top 30, which is a great situation for me. I’m looking forward to it, and hopefully I can use that to my advantage to be able to progress further in the US Open than I have in previous years.

You must be disappointed to have lost your first round match in Cincinnati to Pauline Parmentier, but it’s actually the first time all year you’ve fallen in the first round of any tournament, which points to remarkable consistency and success. How pleasing has that been for you?
The reality is obviously I’m not going to win every week, and I’m going to have losses. I came up against an opponent who’d played qualifying and played really well on the day, so I’ve just got back to the practice court and do what I’ve been doing week in, week out, and that’s working hard. I’ve got New Haven next week and then obviously the US Open. I’ve got numerous tournaments in Asia to look forward to (after that). So the year’s not done. Just putting in some good practice days ahead of the rest of this US stint.

What did you learn from that Parmentier match?
I think the fact that as I’m playing these higher-ranked tournaments and girls, my level has to be sustainable for a long period of time. She played really well – it was tough conditions on the day I played. There were a few variables that were challenging on the day but I’ve always said you learn more from your losses than you do from your wins. I will probably gain a lot more from losing that match than maybe if I’d just won and cruised through to the next round. So it’s been just a minor kick up the bum for me to hit the practice court and work on some things that I need to improve.