Marinko Matosevic has begun his climb back up the rankings thanks to a strong result last week in Cincinnati, while Gavin Van Peperzeel and Alexandra Nancarrow also enjoyed rises. 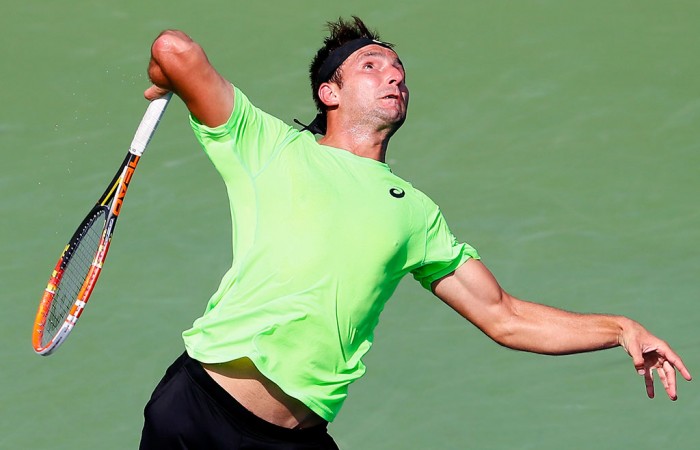 Marinko Matosevic has begun his climb back up the rankings thanks to a strong result last week in Cincinnati.

The Australian had dropped from No.59 to No.89 after failing to defend his quarterfinal points from his run at the Canada Masters in 2013.

But this week, he rose 12 spots to No.77 after qualifying for the main draw in Cincinnati and progressing to the second round.

Matosevic, once ranked as high as 39th, has won seven of his 11 hardcourt matches leading into the US Open.

He will aim to win his third straight Grand Slam main draw match after reaching the second round at both Roland Garros and Wimbledon.

Also making a gain was Queenslander Gavin Van Peperzeel, who rose 64 spots to a career-high mark of No.459.

The 22-year-old boosted his ranking thanks to winning a recent ITF Futures event in Serbia, and stands to rise even higher after reaching the final of last week’s Futures tournament in Ankara, Turkey.

Van Peprzeel has won 15 of his past 18 matches on the Futures circuit.

Meanwhile, Alexandra Nancarrow has continued her impressive rise up the WTA rankings, jumping a further 19 places to world No.436.

Nancarrow, a 20-year-old from Canberra, has played regularly on the ITF $10,000 circuit throughout Europe, and has shaved almost 500 places off her ranking after ending the 2013 season ranked 919th.

Her latest result was a semifinal finish at the $10,000 ITF event in Zajecar, Serbia, taking her win-loss record in her past six events to 20-5.

She is now the 12th ranked Australian female.