Dellacqua knocked out of New Haven

Casey Dellacqua's US Open preparations have been cut short after she was knocked out in the first round of the WTA Connecticut Open. 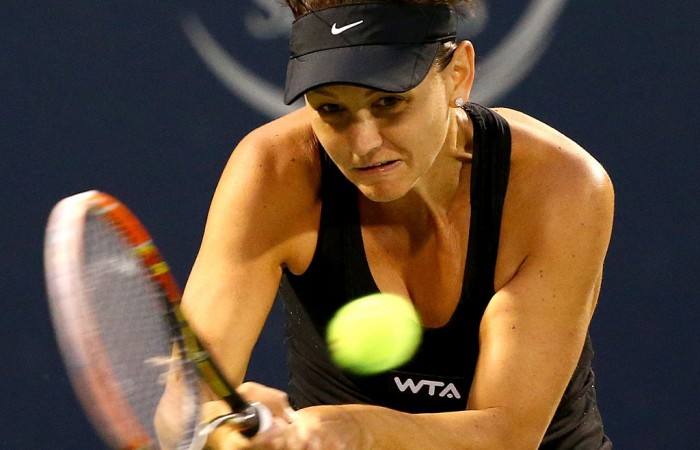 Casey Dellacqua’s US Open preparations have been cut short after she was knocked out in the first round of the Connecticut Open.

Just a week out from the US Open, American Alison Riske beat the Australian 6-1 6-4 on Sunday.

Dellacqua broke Riske’s serve in the first game, but the 43rd-ranked Riske won the next six games to clinch the first set.

At 4-4 in the second set, Riske broke the 30th-ranked Dellacqua’s serve then closed out the match.

In other results, Flavia Pennetta of Italy beat Klara Koukalova of the Czech Republic 6-1 6-3; the sixth-seeded Pennetta used two straight aces to clinch the win.

Camila Giorgi of Italy won 6-3 6-1 over American Coco Vandeweghe. Giorgi fell behind 3-1 in the first set, but rallied to win the next five games.

Giorgi had four aces and only one double-fault in needing just 24 minutes to win the second set.

The 18th-ranked Makarova has reached the semifinals of her last two tournaments in Washington and Montreal.