UPDATE: Sam Stosur is out of the ATP-WTA event in Cincinnati after losing an epic to Serena Williams, while fellow Aussies Lleyton Hewitt and Marinko Matosevic joined her on the sidelines. 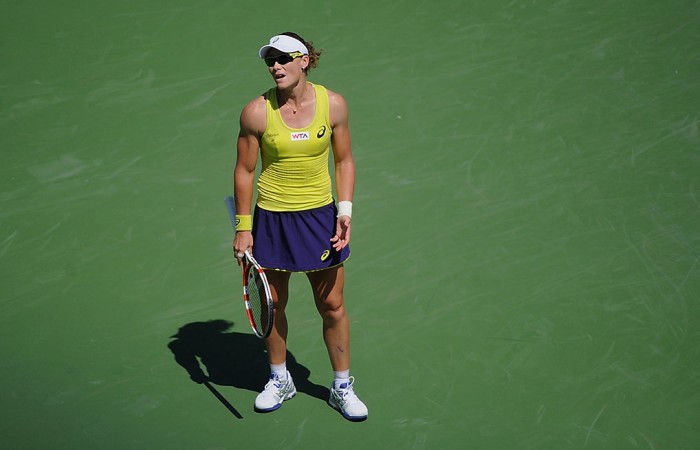 Sam Stosur has been sent out in the second round of the Cincinnati Masters after another loss to Serena Williams.

However the Australian, who suffered a 6-0 6-2 defeat to Williams in less than an hour Montreal last week, proved a tougher opponent on Wednesday as she pushed the top seed 7-6(7) 7-6(7).

Stosur lead 4-0 in the opening set tiebreak and held two set points at 6-4 in the second set tiebreak before Williams recovered, sealing victory in just under two hours.

“Going into this one I actually followed through with all of the things I wanted to do last week. It was a huge improvement,” Stosur surmised.

“Really close match. Really good quality match. I’m really pleased with the way I played. I’m disappointed when you have those couple of set points and don’t go through and at least win that set to take it into three. But I gave myself every chance to try and get through that one.

“She came up with some really great stuff when it really counted.”

There were no breaks of serve throughout the entire match.