Bernard Tomic has been awarded the men's reciprocal wildcard into the main draw of this month’s US Open. 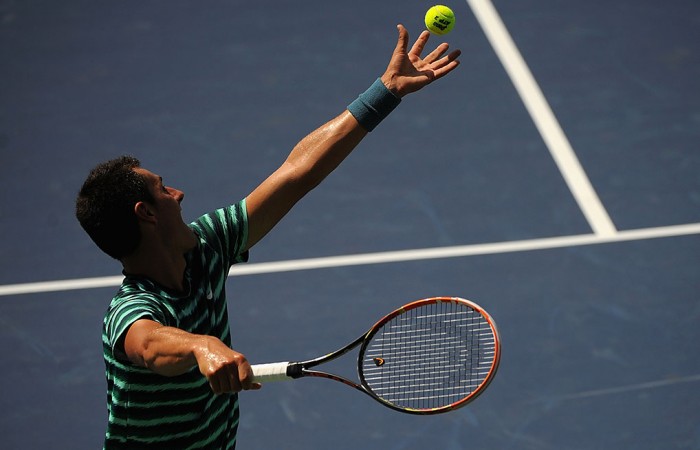 Bernard Tomic has been awarded the men’s reciprocal wildcard into the main draw of this month’s US Open.

Tomic was unlucky to miss the direct entry cut-off for the year’s final Grand Slam event, dropping out of the top 100 for the first time in three years following a second round exit at Wimbledon.

Yet he made an emphatic return to form in Bogota, Colombia just a few weeks later, storming into the final and defeating towering Croatian Ivo Karlovic in three sets.

Tomic recently qualified for a US Open lead-in tournament in Cincinnati and has a current world ranking of No.70.

“I’m really happy with my tennis at the moment, and to be back in the top 100,” Tomic said today.

“It’s great to have the US Open wildcard and I’d like to thank Tennis Australia for the opportunity. It means I can now focus on my preparation and be in the best position to make the most of my chances.

“I’ve had some pretty good results over the last few weeks and I hope I can continue to build on that.”

Tennis Australia and the USTA have a reciprocal agreement which grants two Australian players wildcard entries into the US Open each year.