Nick Kyrgios and Thanasi Kokkinakis have continued their impressive ascent up the ATP ladder while Casey Dellacqua has cracked the world's top 30. 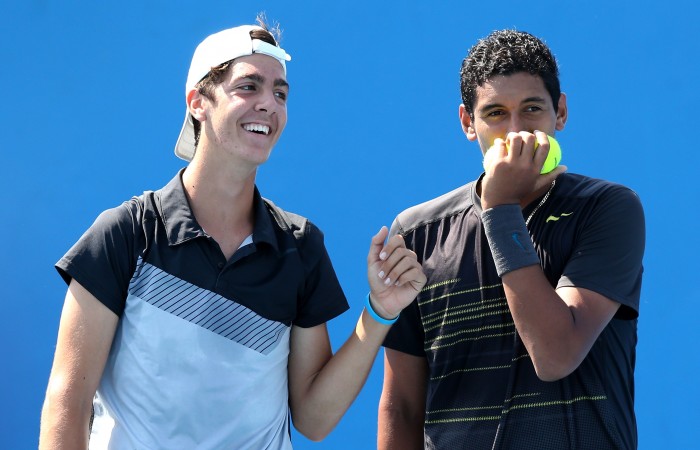 Australian teens Nick Kyrgios and Thanasi Kokkinakis have continued their impressive ascent up the ATP ladder, both setting career-high rankings this week.

Kyrgios surged 12 places to crack the world’s top 60 at No.58, thanks to winning his first ever match at Masters 1000 level in Toronto last week.

Kyrgios beat Santiago Giraldo before falling in the second round to eighth seed Andy Murray.

His latest rise pushes him into second spot in the Australian rankings, behind 40th ranked Lleyton Hewitt.

He leapfrogs Marinko Matosevic, who fell 30 places this week to world No.89 after failing to defend his quarterfinal points from last year’s Canada Masters event in Montreal.

One of the newest additions to the top 200, 18-year-old Kokkinakis jumped 12 places to world No.187 after qualifying for the Toronto Masters.

Once in the main draw, he stretched 21st-ranked Keven Anderson to three sets in the opening round.

There was also a career high ranking this week for Gavin Van Peperzeel; the Queenslander’s success on the ITF Futures circuit – including victory at last week’s Serbia F8 event in Novi Sad – has bolstered him to world No.523.

On the women’s tour, Casey Dellacqua achieved another rankings milestone by cracking the top 30, rising one place to 30th after reaching the second round of the WTA Rogers Cup in Montreal.