Murray too strong for Kyrgios in Toronto

Andy Murray has defeated promising Aussie teenager Nick Kyrgios 6-2 6-2 in less than an hour on Wednesday in the second round of the Toronto Masters. 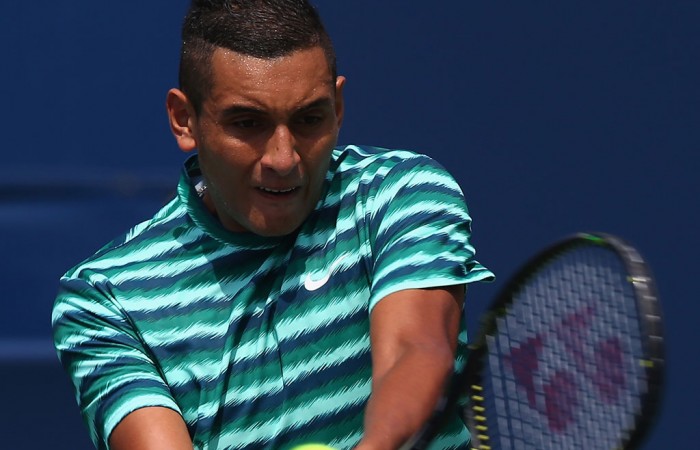 Andy Murray made light of an absence from the ATP World Tour of over a month to defeat promising Aussie teenager Nick Kyrgios 6-2 6-2 in less than an hour on Wednesday in the second round of the Toronto Masters.

Murray, the eighth seed who won the Canadian title in 2009 and 2010, had been seen as a potential scalp for the dangerous Kyrgios since losing to Bulgarian Grigor Dimitrov in the Wimbledon quarterfinals.

In the interim, the disappointed Scot left for his training base in Miami to try and rediscover his best form.

He also signed former top French woman player Amelie Mauresmo to a long-term coaching contract after an experimental period through the grass season.

“I was just lacking a little bit. But after Wimbledon, I went over to Miami and I really trained like I used to for the first time since the surgery and I felt much better,” said Murray.

Murray showed his work was starting to pay off as he hammered Kyrgios, who upset Rafael Nadal in the fourth round at Wimbledon.

“I thought I did most things like pretty solid,” said Murray.

“I didn’t make too many errors. I moved well, I had a high first serve percentage. It was solid for a first match back after sort of four and a half, five weeks. I was happy.”

Murray, who has not won a title in the 13 months since lifting the Wimbledon trophy, will next face the winner of the match between Frenchman Richard Gasquet and Croatia’s Ivo Karlovic.

The Scot ended with four breaks of Kyrgios and was never in danger on his serve. He served seven aces and hit 14 winners in his brief outing.