UPDATE: Bernard Tomic has claimed his second career ATP title with victory over power-serving Croat Ivo Karlovic in the final of the Claro Open Colombia in Bogota. 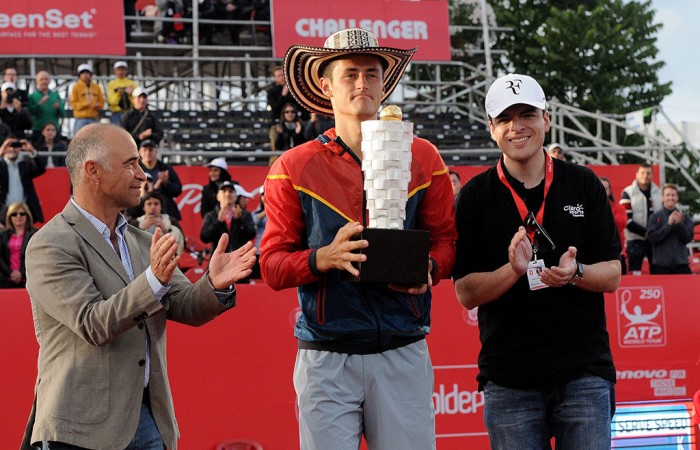 Bernard Tomic has claimed his second career ATP title on the ATP with victory over power-serving Croat Ivo Karlovic in the final of the Claro Open Colombia in Bogota.

Tomic’s performance in Bogota marked the first time that he had won consecutive matches since undergoing double hip surgery in late January.

“He’s a very difficult player. He won here last year. For me it was a difficult match. I kept trying and believing in myself. Against him, if you stop believing and trying he will beat you,” Tomic reflected.

“It’s my first tournament on hard courts since my surgeries in Australia. This title is huge and it’s one I will always remember.”

Tomic is the second Australian to beat Karlovic in an ATP final this past week, with veteran Lleyton Hewitt toppling him in Newport.

The victory ended Karlovic unbeaten record in the Colombian capital; the reigning champion had built an eight-match winning streak at the event.

A week after winning alongside Hewitt at the grasscourt event in Newport, Rhode Island, Guccione won his third doubles title from three finals on the ATP World Tour.

“Feels good … I won a lot of Challengers this year, so it feels good to win a couple tour-level tournaments also,” Guccione said.

“We combine really well and we serve really well. We have a lot of fun playing together and I think that’s key,” Groth said of his partnership with Guccione.

“Everyone from the tournament has been fantastic and I can’t wait to come back.” 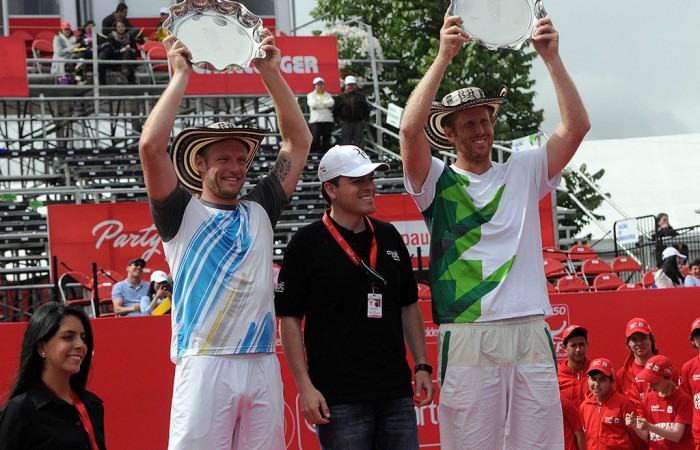