Bernard Tomic's win at the ATP Claro Open Colombia in Bogota has vaulted the 21-year-old back inside the top 100, making him the sixth Aussie man in this elite bracket. 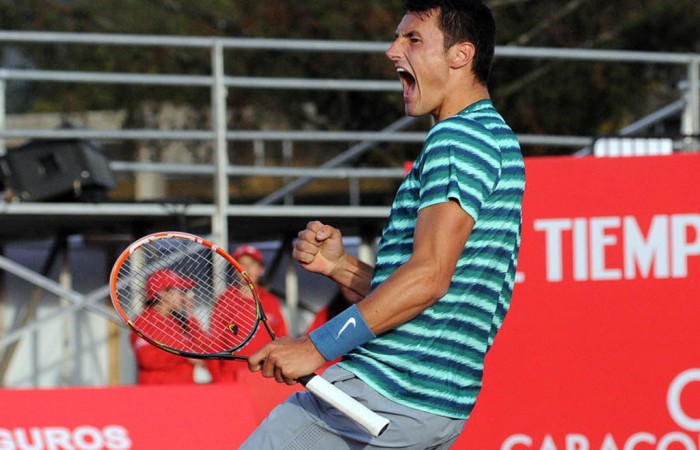 Bernard Tomic’s win at the ATP Claro Open Colombia in Bogota has vaulted the 21-year-old back inside the top 100.

He sits behind Lleyton Hewitt (No.40), Marinko Matosevic (No.52) and Nick Kyrgios (No.65) as the fourth ranked Australian.

Sam Groth, the sixth ranked Australian, jumped seven places to world No.92 after reaching the second round in Bogota.

Mitchell rose 12 places to world No.226 after reaching the semifinals at the Granby Challenger in Canada, while Kokkinakis moved up 55 places to 243rd thanks to his quarterfinal finish in Binghamton, New York.

Following second round finish at the ITF $50,000 event in Carson, Olivia Rogowska has risen four places to world No.106, a career-high ranking for the Victorian.

Another player enjoying a rise was Tammi Patterson, who jumped 12 places to 306th; she is now within striking distance of her career-high mark of No.289, set back in 2011.