Nick Kyrgios is sensing a nation behind him as he embarks on the match of his life at Wimbledon. 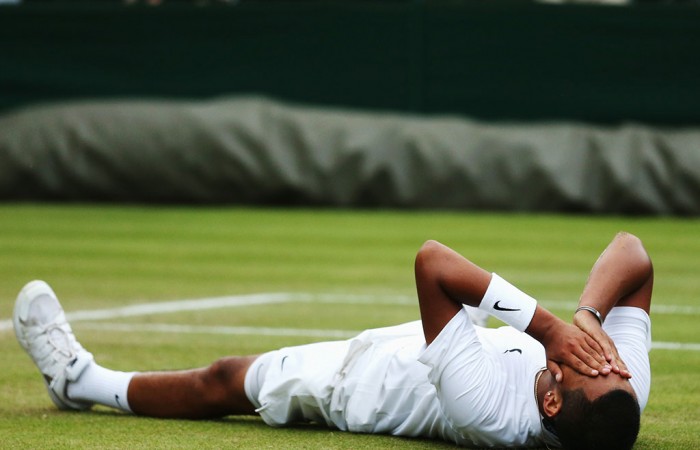 Nick Kyrgios is sensing a nation behind him as he embarks on the match of his life at Wimbledon.

Like most of his generation, Kyrgios is highly active on social media and he reached 20,000 followers on Twitter during his run to the fourth round at the All England Club.

He said the support received from fellow Australians had been immense in helping him set up a last 16 showdown with world No.1 Rafael Nadal on Tuesday.

“They are making me stay motivated. They are giving me good luck, keep going, all that sort of stuff. I think it really does help.”

Kyrgios was also urged on by a small but enthusiastic group of Australian Fanatics during his four-set win over Czech Jiri Vesely on a packed Court 17 on Saturday.

“The crowd was awesome out there,” Kyrgios said.

“The Fanatics, I can’t thank them enough. They have been there every match going nuts. They give me a lot energy and spark.

“And to the fans back home, I know it was a tough time for them to watch, at 2am in the morning. I can’t thank them enough either.”

Canberra-born Krygios’ father Giorgos and sister Halimah are with him in London but his mother Norlaila and brother Christos are at home in Australia.

He said it was possible they could make a last-minute dash to the UK in time for his match against Nadal.

“It’s a shame they can’t be here but they are also sending me some love,” said Kyrgios, who is of Greek-Malaysian descent.