Australian tennis greats including Pat Cash have hailed teenager Nick Kyrgios as the real deal and a future Grand Slam star after his remarkable second-round victory at Wimbledon. 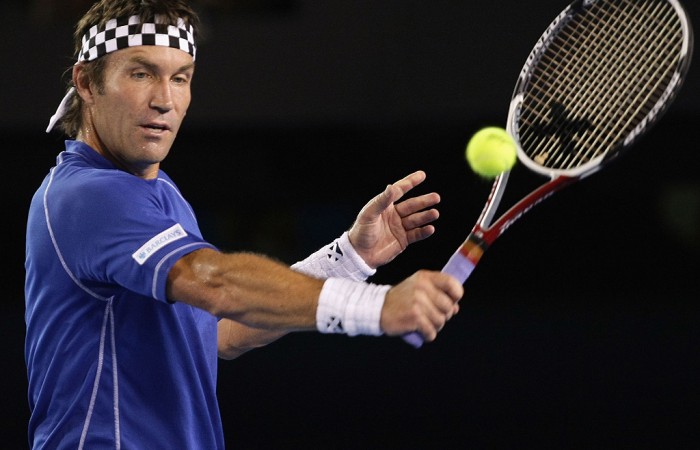 Australian tennis greats have hailed teenager Nick Kyrgios as the real deal and a future Grand Slam star after his remarkable second-round victory at Wimbledon.

But they’ve also urged the 19-year-to stay grounded and do the hard work required to fulfil his exciting potential.

Wildcard Kyrgios, ranked 144th and the youngest man in the men’s draw, came from two sets down and saved nine match points to defeat French 13th seed Richard Gasquet in the biggest triumph of his career.

Already seen as one of Australia’s most exciting prospects in years, the performance will only heighten talk of Kyrgios as a potential future superstar of the sport.

Prominent members of the Australian tennis community say Thursday’s win shows the hype is justified, but it’s crucial for Kyrgios to remain focused.

“To beat Gasquet, and to hang in there and fight off those match points, that’s a bloody good win,” Cash said.

“What I like about him is that he’s got a bit of animal about him, a bit of mongrel. He gets in the face. He’s rough around the edges, but that’s expected at 19. He’s a great ball striker, a great talent.”

“When those moments came, he came up with shots, big plays,” Woodbridge said.

“He’s a clutch player under pressure.

“From here he can cement himself as one of the world’s best young players.”

Former world No.15 Wally Masur described Kyrgios’ win as “amazing” but said it was crucial he continued to address the physical component of his game.

Kyrgios struggled with the rigours of five-set tennis at the Australian Open, tiring badly in his second-round match, but has worked hard at his fitness in recent months.

“As long as he puts those hard yards in off the court, he’s got the game,” Masur said.

“And injuries too – he’s a big guy, he’s got a violent game, so he’s got to take care of himself physically. If he does that, I can’t see him missing, personally.”

Australian Davis Cup coach Josh Eagle said it was realistic to think Kyrgios could reach the late rounds of major tournaments in the next few years.

“You look at his game, he’s got so many weapons – his serve, great forehand, backhand, he’s got the shots,” Eagle said.

“If he can get himself stronger and fitter I think he will go very deep in Grand Slams in a couple of years.”

Kyrgios made no bones about his ambition when asked post-match how far he could go.

“My goal is to become the No.1 player in the world,” he said.

“I think it’s just a long journey. There’s going to be a lot of ups and downs. I’ve just got to do all the right things, work hard, keep having great effort.

“Hopefully if you marry that up with your ability on the court, anything is possible.”