UPDATE: Australian qualifier Luke Saville's Wimbledon dream run has ended at the hands of Bulgarian 11th seed Grigor Dimitrov in the second round. 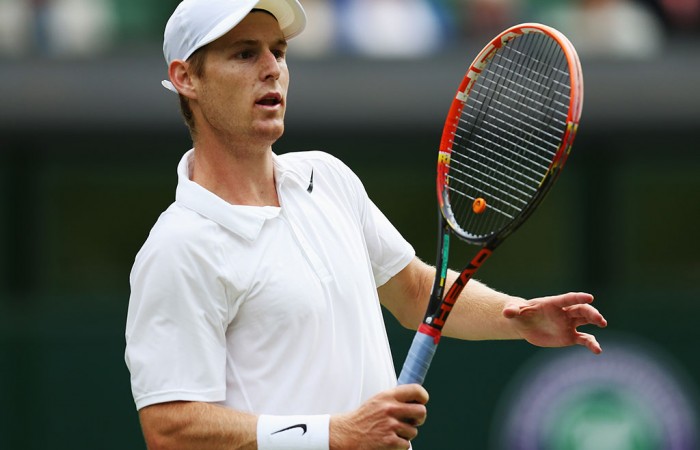 Australian qualifier Luke Saville is targeting a return to Wimbledon as an automatic entrant next year after holding his own on tennis’ biggest stage.

The 20-year-old’s impressive debut at the All England Club ended at the hands of Bulgarian 11th seed Grigor Dimitrov in the second round on Wednesday.

Saville was outclassed but far from overawed in a 6-3 6-2 6-4 loss played on the famed Centre Court.

“I absolutely loved it out there,” Saville said.

“I didn’t feel overawed at all. I didn’t play my best best but I thought I held my own fairly well out there.”

The Australian was not expected to seriously trouble Dimitrov, who has won titles on three surfaces this year and is tipped as a future superstar.

Saville defied his ranking of 236th to come through a tough qualifying campaign before upsetting Austrian world No.57 Dominic Thiem in the first round.

Ranked outside the top 500 late last year, Saville will move inside the top 200 for the first time after reaching the second round.

And he believes, with continued improvement, he can rise inside the top 100 to become an automatic qualifier at Grand Slams.

“It’s been a good week-and-a-half and I can really build on this,” the former top-ranked junior said.

“I need to keep developing my game. My movement is a big area and my serve. I felt like my serve let me down badly today.

“If I keep getting better, I feel like hopefully next year might be a realistic goal or definitely the year after I can be playing in the main draw here on my ranking.”

Saville, like Dimitrov, is a former Wimbledon boys’ champion and he believes the grass suits his game best.

“Hopefully there’s a bit more success here at Wimbledon for me,” Saville said.