Woodforde: only the beginning for Matosevic

Marinko Matosevic finally has the hang of this Grand Slam thing and his coach Mark Woodforde believes it's just the beginning. 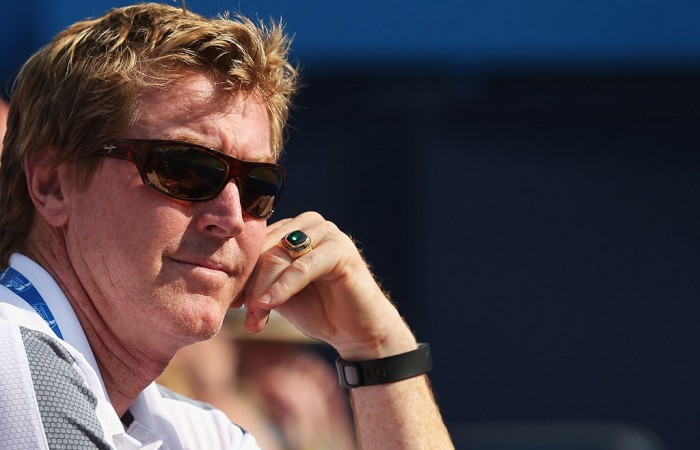 Marinko Matosevic finally has the hang of this Grand Slam thing and his coach Mark Woodforde believes it’s just the beginning.

“I see him being a really dangerous player in these big tournaments,” Woodforde said after 28-year-old Matosevic’s first-round upset win over Spanish 18th seed Fernando Verdasco at Wimbledon.

“He already is. I mean, geez, he just knocked out a guy who had (eventual champion) Andy Murray on the ropes last year in the quarterfinals, leading two sets to love.

“He’s just starting. He’s got some good years ahead of him, some very good years.”

World No.58 Matosevic produced one of the biggest wins of his career with an impressive 6-4 4-6 6-4 6-2 triumph over Verdasco to set up a second-round meeting with Frenchman Jeremy Chardy on Wednesday.

It followed the Australian finally winning his first Grand Slam match in 13 attempts at the recent French Open.

Matosevic said breaking the streak made him feel free to play and he went on to beat Jo-Wilfried Tsonga and Marin Cilic at Queen’s Club earlier this month.

Australian doubles legend Woodforde wants Matosevic to kick on rather than be content with recent results.

“I don’t want him to stop and smell the roses of just winning a couple of matches,” said Woodforde.

“I understand why he hasn’t in the past won matches at Slams – he treats these tournaments, the Grand Slams, as the prize.

“He feels like his career is going to be measured on that, and that’s probably impeded his ability to win in the past.

“Hopefully, he’s getting much more trustworthy of himself.”

Much of Matosevic’s recent success on grass has been down to Woodforde encouraging him to embrace an aggressive serve-and-volley style the coach feels has been lost in the modern game.

“I think grass should be treated to play to win and attack,” Woodforde said.

“I sincerely believe that something that is culturally instinctive to Australians is obviously not taught as often.

“I’d rather see him go for it than fiddle around too long on the baseline, where a lot of other guys play that same style.”

Matosevic is one of five Australians in second-round action on Wednesday.