Casey Dellacqua has missed out on a maiden WTA final appearance after suffering a straight-sets loss to Czech Barbora Zahlavova Strycova in Birmingham. 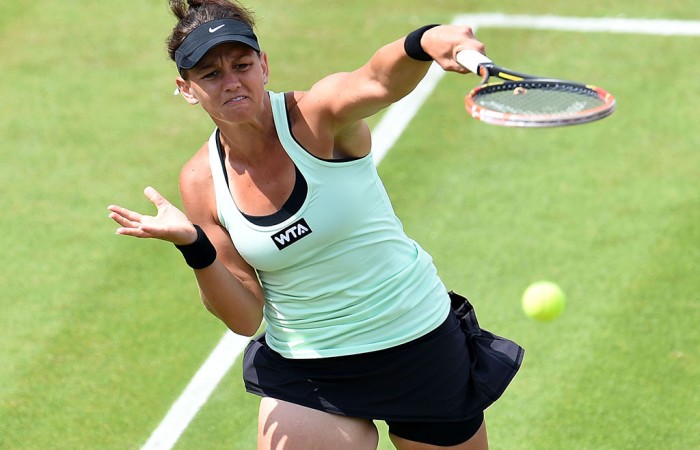 Casey Dellacqua has missed out on a maiden WTA final appearance after suffering a straight-sets loss to Czech Barbora Zahlavova Strycova in Birmingham.

The Australian squandered a host of chances to take the first set before fading in a 7-6(5) 6-1 loss in Saturday’s semifinal at the WTA grasscourt event.

Dellacqua served for the first set at 5-4 up and led 5-1 in the tiebreak before losing six straight points.

Despite the defeat, Dellacqua is set to secure a new career-high ranking on the back of her run to the last four; she is expected to climb to 36th, surpassing her previous best ranking of world No.39, which she held back in 2008.

The 29-year-old was ranked outside the world’s top 200 only last September.

She ousted higher-ranked compatriot Sam Stosur in the third round in Birmingham and has emerged as arguably Australia’s best female prospect at Wimbledon this year.

Ivanovic, a Grand Slam winner and seven times a season-end top 20 player, reached the first grasscourt final of her career.

“It would be wonderful to win a grasscourt title now,” Ivanovic said.

“It would be a dream come true. But it’s also good for Wimbledon, having some good wins.”