Sam Stosur, Bernard Tomic and Matt Ebden will attempt to fine-tune their games ahead of the Wimbledon championships at grasscourt events around Europe beginning on Sunday. 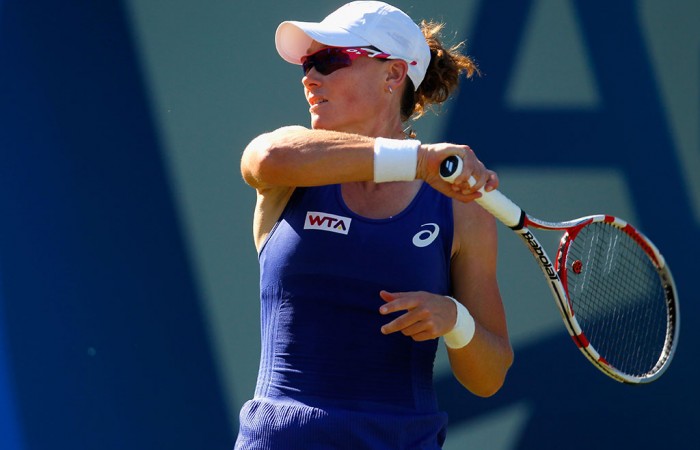 Sam Stosur, Bernard Tomic and Matt Ebden will attempt to fine-tune their games ahead of the Wimbledon championships at grasscourt events around Europe beginning on Sunday.

Stosur is in action at the WTA/ATP event in Eastbourne, and has drawn No.7 seed Caroline Wozniacki in her opening round match.

Despite Wozniacki’s seeded status, the Dane hasn’t played since falling in the first round at Roland Garros three weeks ago; Stosur, meanwhile, reached the third round at the WTA event in Birmingham this week.

Stosur is the highest unseeded player at the Wimbledon tune-up, where she has reached the semifinals three times; in 2008, 2010 and 2011.

This year’s event is headed by Agnieszka Radwanska and is stacked with five of the world’s top 10.

Tomic has entered the concurrent men’s event at Eastbourne, and will open his campaign against Andrey Golubev of Kazakhstan.

The winner faces top seed Richard Gasquet in the second round.

Aiming to join Tomic in the main draw is fellow Aussie Chris Guccione; the big-serving Victorian has already won two matches in qualifying and faces a final-round assignment in the form of Brit Daniel Cox.

Across the English channel, Ebden will contest the ATP Topshelf Open in ‘s-Hertogenbosch, The Netherlands, and takes on a qualifier in the first round.

Should he progress, awaiting him in the second round would be one of two Spaniards; third seed Roberto Bautista Agut or Daniel Gimeno-Traver.