Casey Dellacqua will set a new career-high ranking after thumping Japanese veteran Kimiko Date-Krumm to reach the semifinals of the WTA event in Birmingham. 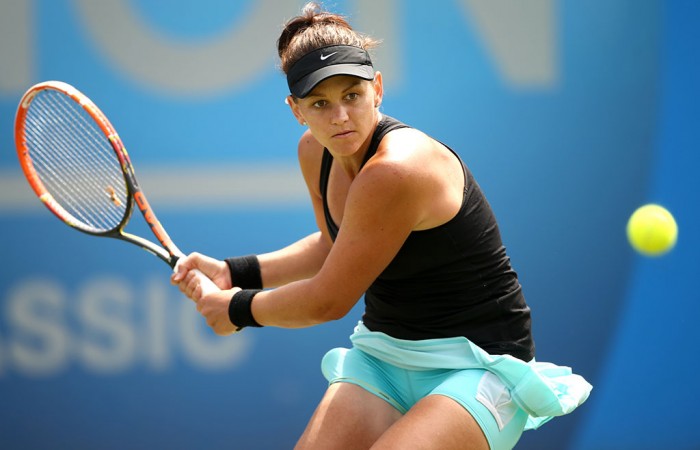 Casey Dellacqua has thumped Japanese veteran Kimiko Date-Krumm to reach the semifinals of the WTA event in Birmingham and secure a new career-high ranking.

The Australian continued her superb run at the grass court event, thumping 43-year-old Date-Krumm 6-1 6-0 in just 48 minutes on Friday.

It sends her through to just her second ever WTA semifinal; the first came back at the International-level event Dallas in 2012.

Regardless of the result in the semifinals, Dellacqua is set to surpass her previous best ranking of world No.39, which she achieved back in 2008.

The 29-year-old is expected to climb as high as 36th, while if she progresses further at the tournament, she will likely move into a seeding position for Wimbledon.

It continues a remarkable comeback for Dellacqua, who was ranked outside the world’s top 200 last September as she struggled in her comeback from injuries.

She returned to the top 50 for the first time since 2008 last month and could move as high as 28th if she claims a first WTA singles title in Birmingham.

Dellacqua ousted higher-ranked compatriot Sam Stosur in the third round and has emerged as arguably Australia’s best female prospect at Wimbledon this year.

“I love (playing on grass). I grew up playing on it in Perth and I enjoy the challenge,” Dellacqua said after Friday’s win.

“I’m playing really well so hopefully I can keep it going.”