Australia's 2014 representative in the Longines Future Aces tournament Olivia Gadecki made it to the quarterfinals of this prestigious event that was played at the Champ de Mars in front of the Eiffel Tower. 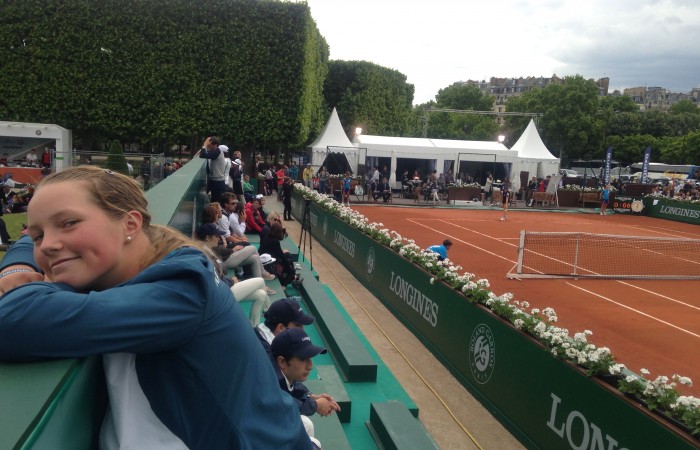 Australia’s 2014 representative in the Longines Future Aces tournament Olivia Gadecki made it to the quarterfinals of this prestigious event that was played at the Champ de Mars in front of the Eiffel Tower.

But the event itself was just one part of Olivia’s Paris experience she writes.

First day at the Longines Academy

We arrived today for our first hit at the Longines Academy in the city of Saint-Cloud 20 minutes outside of Paris. Yesterday I met the American player Sophie Edwards and we had a short hit on the court in front of the Eiffel Tower where the tournament will be held.

The weather has been very cold over here in France so it is good to start indoors and get some good training at the Academy. Our coaches for the two days are Remi Barbarin and Sandrine Testud. Both are very good coaches and Sandrine was a singles semifinalist at the Australian Open and a former top 50 player. She has been very helpful giving me advice and helping me with my game. After tennis I had some media engagements and interviews. We went to the United Nations building to take photos and then to a French restaurant and we ate snails (escargot) for the first time!

All the girls are very good players and it has been fun meeting them and getting to train and spend time with all of them. 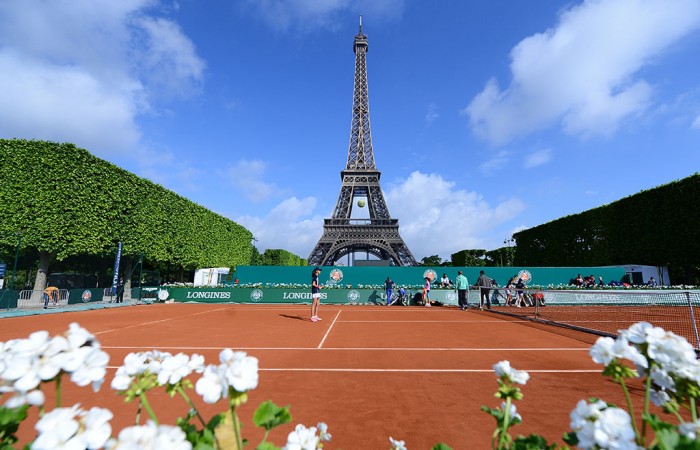 Lucky draw at the top of the Eiffel Tower

After a another good day of training I feel like I am getting close to being ready. Marion Bartoli came out to the site today and spent time hitting on court with all of the players. It was awesome to hit and practice with someone as good as her. Tonight after practice we are off to the draw ceremony. More to come …

Well I have just returned from the draw ceremony on the top of the Eiffel Tower. Former professional Michael Chang drew our names out and I will play my friend from Japan Himari Sato. She is a good player and I’m excited to play against good competition in front of lots of people tomorrow. All of us did interviews with media crews and took lots of photos. I’m exhausted and cannot wait to get to bed and start playing tomorrow.

I played my first match today against Himari Sato from Japan. I won in three sets. I was pretty nervous at the beginning however I settled down and started to play near my best towards the end. After I finished I got the best surprise! My eldest brother came all the way from Scotland to see me play today it was awesome.

Tomorrow I play Maja Chwalinska from Poland in the quarterfinals. I am very excited and looking forward to another great challenge against a strong opponent

Well the week of my life has come to an end. My friend from Italy, Frederica Rossi, was crowned the champion and after the final we got to spend the day at Roland Garros watching matches and enjoying the Grand Slam atmosphere.

Tonight we will take a night boat ride through Paris where we will have a final dinner together. This has been the most incredible experience and while I did not win the tournament it is an event I will never forget and I have made many great friends this week.

Thank you to Longines and to Tennis Australia for selecting me and giving me the opportunity to represent my country – I had a wonderful time and I can’t wait to come to Paris again in the years to come.