Sam Stosur is the last Australian left standing at the French Open after Marinko Matosevic and Casey Dellacqua fell in the second round on Thursday. 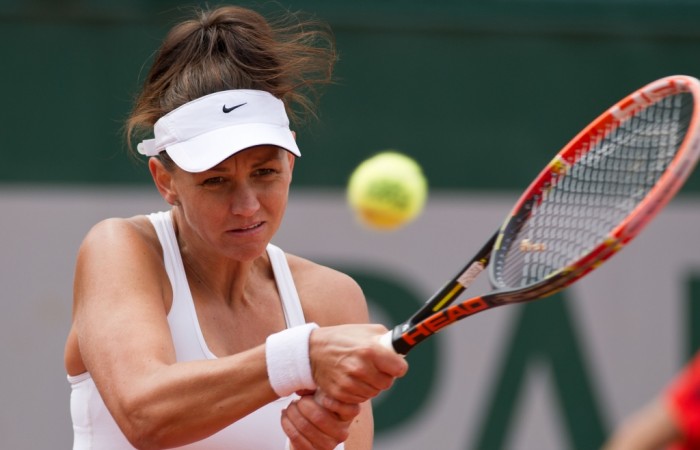 Sam Stosur is the last Australian left standing at the French Open after Marinko Matosevic and Casey Dellacqua fell in the second round on Thursday.

Matosevic couldn’t build on his drought-breaking win in the first round, proving no match for seventh seed Andy Murray in a 6-3 6-1 6-3 loss.

World No.66 Matosevic entered his clash with Murray on the back of an emotional triumph over German Dustin Brown, his first victory in a Grand Slam match at his 13th attempt.

That performance had him rolling in the clay with joy however it was something of a return to earth against Wimbledon champion Murray.

Matosevic, though, said he felt noticeably better on court after breaking his duck.

“I felt really free out there playing. Everything seemed to come easier,” Matosevic said.

“I felt like it was closer than the scoreline (indicated) … but I thought Andy was too good today.”

An error-riddled Matosevic was on the back foot early, dropping serve in the opening game but he had his chances to get back into the set.

When trailing 4-3 the Australian had Murray at 0-40 but squandered three break points, despite the Scot not getting a first serve in.

The second set was one-way traffic and Murray was always in control of the third, despite Matosevic finally breaking serve late in the match.

The Australian world No.48 was two points away from defeat at 6-1 5-2 and 30-love down but reeled off winner after winner to take the second set.

She couldn’t keep it going in the third, however, as Safarova recovered to win in just under two hours.

“I’m disappointed I didn’t have my best stuff early on but I’m happy that I found something and I found a way,” said Dellacqua, who has fought her way back into the top 50 after several seasons ruined by injury.

“Even when I’m not playing my best against someone higher ranked I can still compete and my level’s quite good, so that’s a positive.”

Dellacqua will now turn her full attention to the women’s doubles, where she and Ashleigh Barty reached the second round with a 6-2 6-3 win over Polona Hercog and Paula Ormaechea.