Sam Stosur has landed in the same quarter of the draw as the past two French Open champs Serena Williams and Maria Sharapova, while the Aussie men also have tough assignments. 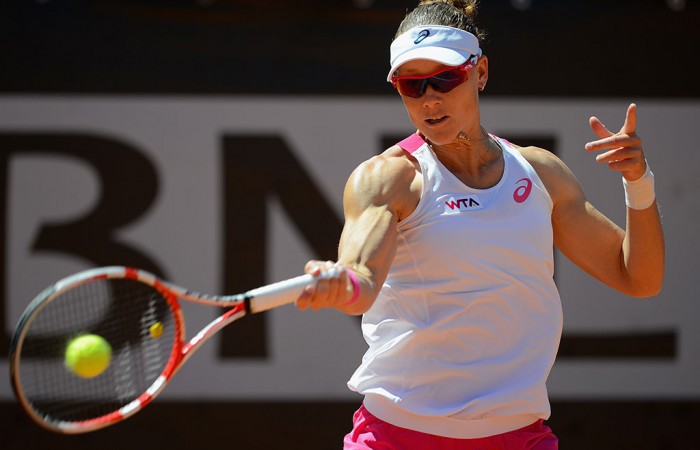 Sam Stosur’s French Open hopes have taken a significant hit after being lumped in the same quarter of the draw as the past two champions, Serena Williams and Maria Sharapova.

Australia’s men also received some tough assignments at Roland Garros on Friday with young gun Nick Kyrgios to face eighth seed Milos Raonic in the first round, while Lleyton Hewitt and Bernard Tomic could potentially face off in the second round.

Stosur, the 19th seed, is targeting a return to form in Grand Slams but will have to beat three top-10 seeds if she is to reach the semifinals of the claycourt major for a fourth time.

Should she progress through the early rounds, Stosur would likely face ninth seed Dominika Cibulkova, the Australian Open runner-up, in the third round.

A reward for reaching the last 16 for the first time in five Grand Slams could then be a fourth-round match-up with Sharapova, the 2012 champion.

An upset would likely pit Stosur against top seed and defending champion Williams in the quarterfinals.

Should he pull off an upset win, he could then face Hewitt, who plays Argentine Carlos Berlocq in the first round.

Marinko Matosevic and Matthew Ebden are also in the same eighth of the draw.

The four Australians are in the same quarter of the draw as third seeds Stan Wawrinka and seventh seed Andy Murray.

Kyrgios, another wildcard entrant, beat Czech Radek Stepanek on his Grand Slam debut last year but would need to produce the performance of his career to upset 23-year-old Canadian Raonic.