A confidence-boosting showing at tune-up events on European clay has Sam Stosur feeling like a Grand Slam threat again ahead of the French Open. 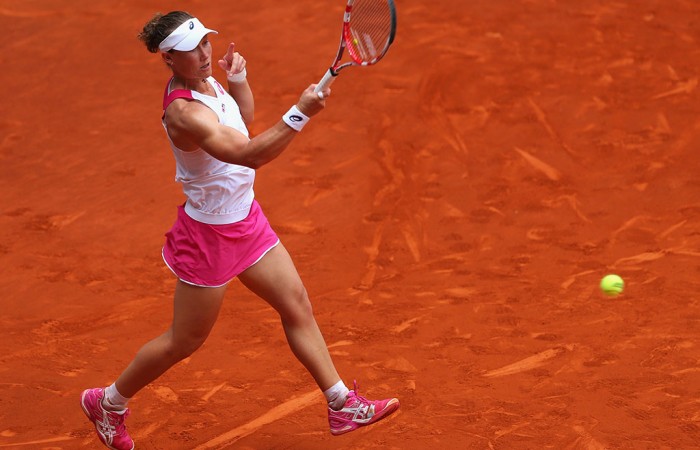 A confidence-boosting return to clay has Sam Stosur feeling like a Grand Slam threat again ahead of the French Open.

A frustrating start to the season means Australia’s top-ranked player is likely to head into Roland Garros next week seeded 19th, her lowest seeding at a major in five years.

The world No.20 admits her win loss-record of 15-12 in 2014 is not ideal but she’s been buoyed by some encouraging results in French Open lead-up events.

While Stosur fell in the third round at claycourt events in Madrid and Rome earlier this month, she was able to together string back-to-back WTA victories for the first time since the Australian Open.

They included upset wins over higher-ranked players Dominika Cibulkova and Sabine Lisicki while her losses came to Li Na and Maria Sharapova, both French Open champions.

“I think the last couple of weeks have been pretty decent and it’s been nice to win a couple of matches back-to-back which I haven’t done for a little while,” Stosur told AAP on Wednesday.

“At the start of the year I wasn’t playing bad but I don’t think I was doing enough on the court to put my opponents under pressure.

“I think the last couple of weeks I’ve been able to really draw on my strengths a lot better and being on this kind of court sometimes makes it a little but easier to do that.

“You do want to be going further in tournaments but hopefully this week can be good because I do feel like I’m playing pretty well at the moment again.”

Stosur has been training with coach Miles Maclagan in Paris since Monday to fine-tune preparations for the Grand Slam which has yielded her most consistent results.

She reached the Roland Garros final in 2010 and the semifinals in 2009 and 2012, but acknowledges her ranking will make it tougher to go deep into the draw again this year.

Being outside the top 16 raises the possibility of facing a big gun as early as the third round but it’s a prospect Stosur does not fear.

“You are going to have to play them at some stage,” Stosur said.

“Of course I’d like my ranking to be higher at the moment but you’ve just got to take each match as it is and worry about the third round if and when you get there.”

The French Open begins on Sunday with the men’s and women’s draws held on Friday.