With two titles in a month and a week on Roger Federer's practice court, Australian teenager Nick Kyrgios heads to the French Open this weekend with his confidence sky high. 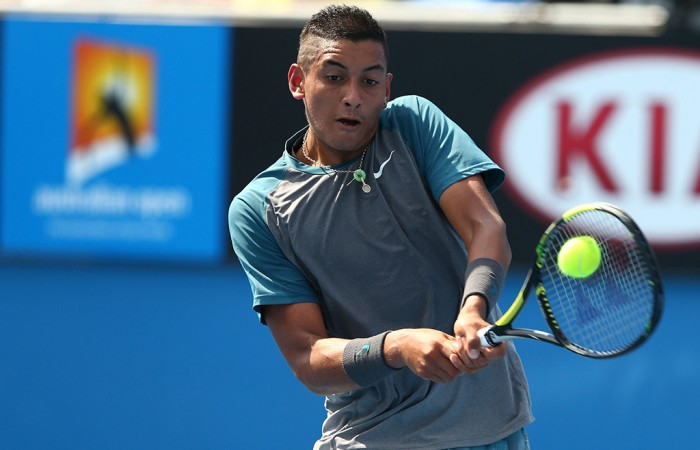 With two titles in a month and a week on Roger Federer’s practice court, Australian teenager Nick Kyrgios heads to the French Open this weekend with his confidence sky high.

Kyrgios returns to Roland Garros, the site of his career best win, courtesy of a wildcard from tournament organisers.

And despite a last-out qualifying loss in Germany, Kyrgios has good reason to look forward to his second appearance on the Parisian clay.

After a lay-off with an elbow injury, he won two second-tier Challenger tournaments in Savannah and Sarasota within a week of each other.

In the Savannah final, he beat American top-100 player Jack Sock – despite the two tournaments just serving as re-entry from that injury.

“To have won those challengers was a big confidence boost to know I could still produce some great tennis,” he said.

Since then, he’s spent time with the Swiss maestro in Zurich, playing practice sets and doing drills.

Kyrgios – at 161 in the rankings, the only teenager in the ATP top 200 players – said he was having “a lot of fun” with Federer on court.

To see him go to work and his ability to get hard training done even though he’s accomplished so much – but he was still able to have a lot of fun out there.

He even managed to take a few sets off Federer.

“He might not have been giving everything on every point but I felt I was able to hold my own out there.”

The one concern is a niggling upper shoulder injury which forced him to withdraw late in a match as a precaution against Queenslander Jason Kubler.

Kyrgios said he felt he could still enter the French Open – where he beat Radek Stepanek in the first round last year – 100 per cent fit.