Australian teens Thanasi Kokkinakis and Storm Sanders have been awarded wildcards into the qualifying draw at Roland Garros. 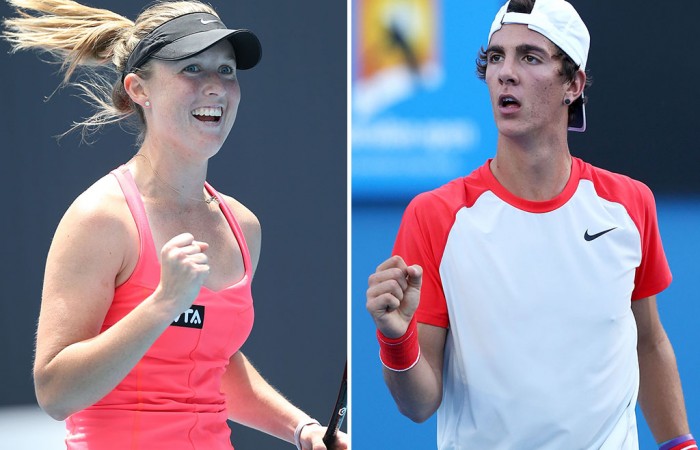 Australian teens Thanasi Kokkinakis and Storm Sanders have been awarded wildcards into the qualifying draw at Roland Garros.

The pair will attempt to qualify for the main draw of the claycourt Grand Slam, beginning Sunday 25 June.

Kokkinakis will ride a rich vein of form into the tournament, having on Thursday won his fifth straight match at the Heilbronn II Challenger in Germany.

Having come through qualifying, the 18-year-old has progressed to the quarterfinals thanks to his latest victory, a 6-1 6-2 drubbing of experienced top 100 player Michael Russell.

Since January, he has slashed his ranking by almost 200 places, having also qualified for the main draw at the Brisbane International and the ATP Challenger in Savannah, Georgia.

Sanders, 19, has also shown impressive form as she continues to make the transition from junior to senior tennis, currently hovering just outside the world’s top 250.

The West Australian, noted for her work ethic off the court, has been selected to represent Australia at the past two Fed Cup ties in 2014.

Earlier this season, Sanders progressed to the second round in Hobart, and came within a few points of knocking off top 20 player Kirsten Flipkens to reach the quarters.

She came similarly close to upsetting Italian talent Camila Giorgi in the first round of the Australian Open, and since then, has reached the quarterfinals of the ITF $50,000 event in Seoul, Korea.