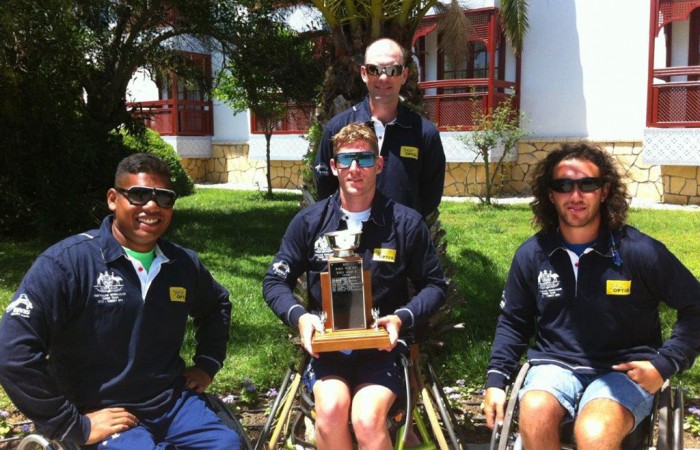 The three-man team to compete in the World Group 1 event, to be held 26 May to 1 June, is comprised of Adam Kellerman (St. Ives, NSW), Ben Weekes (Strathfield, NSW) and Keegan Oh-Chee (Eastwood, NSW).

Australia’s top-ranked player, Adam Kellerman, has his sights set on victory in the Netherlands.

“Hearing the Australian national anthem when I’m on the podium, that’s what I play for,” Kellerman said.

“Being back in the World Group 1 is a great opportunity for us. We’ve been working with a new coach and we’ve been creating a really nice team environment.”

Australian No.3 Keegan Oh-Chee said it was an honour to represent his country on the world stage.

“A top six finish would be just unbelievable. It’s always about reminding yourself that you’ve been picked for a reason and never to let yourself or your country down,” Oh-Chee said.

“I guess you could say tennis is my life at the moment. This team makes me extremely proud. I get a little bit emotional about it. I just really want them to have as many opportunities as possible to become the best players they can be,” he said.

This will be the third time the Netherlands has hosted the World Team Cup, which features men’s and women’s singles and doubles, juniors and quad competitions.