Sam Stosur and Lleyton Hewitt will fly the Aussie flag in the women's and men's main draw singles action at the prestigious Mutua Madrid Open. 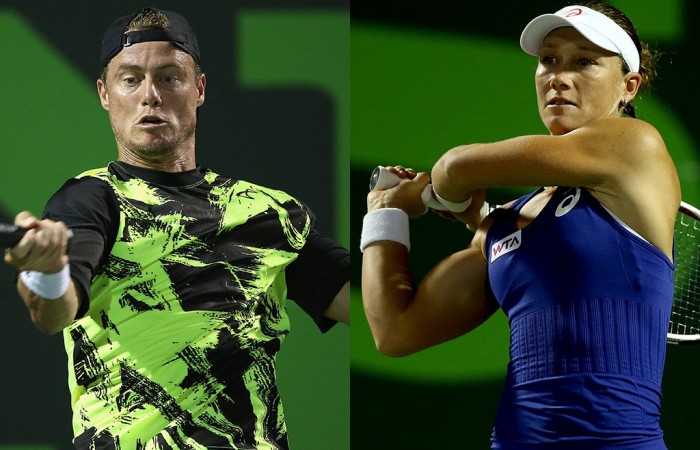 Sam Stosur and Lleyton Hewitt will fly the Aussie flag in the women’s and men’s main draw singles action at the prestigious Mutua Madrid Open.

Stosur, unseeded at the US$9.5 million event, finds herself with a tough opening round encounter against Australian Open 2014 finalist and ninth seed Dominika Cibulkova.

Stosur, currently ranked 19th, has never dropped a set to the Slovakian in three career meetings, and won their only match on clay in the quarterfinals of the 2012 French Open.

Should she get past Cibulkova, Stosur faces a projected second round meeting with big-hitting Spaniard Garbine Muguruza; in-form No.8 seed Maria Sharapova looms in round three.

Hewitt, meanwhile, opens against a qualifier in his first ever visit to Madrid.

The veteran Australian has landed in a tough section of the draw bookended by 11th seed Jo-Wilfried Tsonga (his projected second round foe) and No.7 seed Andy Murray, who is a likely third-round opponent.

Hewitt’s compatriots Bernard Tomic and Marinko Matosevic will aim to join Hewitt by way of qualifying.

The tournament, a Premier Mandatory event on the WTA Tour and an ATP Masters 1000 tournament on the men’s side, will be staged on 2-11 May at La Caja Magica in Madrid, Spain.