This article was first published in the Teams Edition of Australian Tennis Magazine in April 2014. Subscribe now!

The do's and don'ts of team tennis

For a doubles partnership to be cohesive and successful, players need to check in with each other regularly. Aside from the obvious benefits of providing encouragement and support after either won or lost points, this also allows them to discuss tactics, such as where the server plans to direct their delivery (helping the net player to know where to move) and who to target on the opposing team.

Players are more likely to recover from a patch of bad play when they’re being encouraged instead of admonished by their partner. Says Hsieh Su-Wei of her partnership with Peng Shuai: “If she misses a shot, I give her support. When I miss, she supports me. It’s very important in doubles.” The top-ranked doubles team is a sparkling 11-0 in finals. Go figure.

Competitive tennis at the local level is most often conducted in team environments, and successful teams often talk about the benefits of gathering ahead of matches to hit together, get to know one another and bond, experiment with doubles combinations and hone their games. 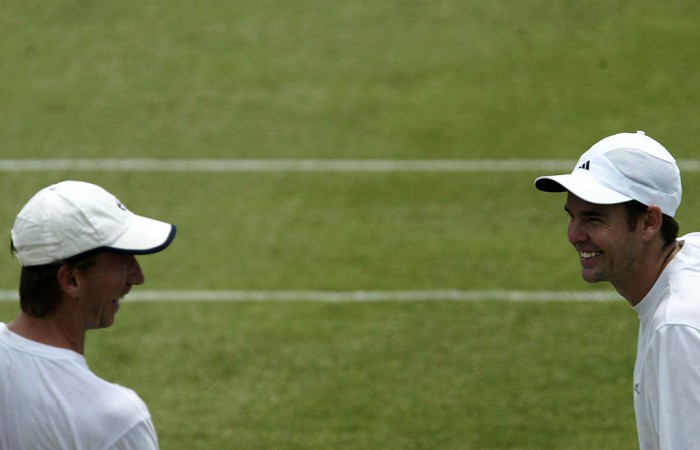 Keep track of the score

If you’re not calling out the score loudly and clearly after each point, you’d be surprised how quickly the opposition and your teammate can lose track of it. Not only can this lead to awkward disputes, it can also affect your tactics – if your teammate isn’t aware that you’re facing break point, they may not play with the required focus or urgency.

The saying goes that you sometimes have to sacrifice the limb for the good of the body. This applies in doubles – what’s best for you may not be best for the team. You might have forever played on and prefer the forehand side of the court but if your partner has a killer forehand that’s going to win more points, you may have to switch to the backhand side. The positive? You can develop this wing and strengthen your overall game.

Try to have some fun

Casey Dellacqua and Ash Barty believe the secret to their successful partnership is the fact they have fun on court. And like them, you’re much more likely to relax and play your best tennis as a duo if you’re enjoying the experience. Share a joke. Laugh at a silly error. Even try chatting about other things besides tennis – “girls” were a frequent topic of conversation during the changeovers for Australian Open 2014 boys’ doubles winners Bradley Mousley and Lucas Miedler. 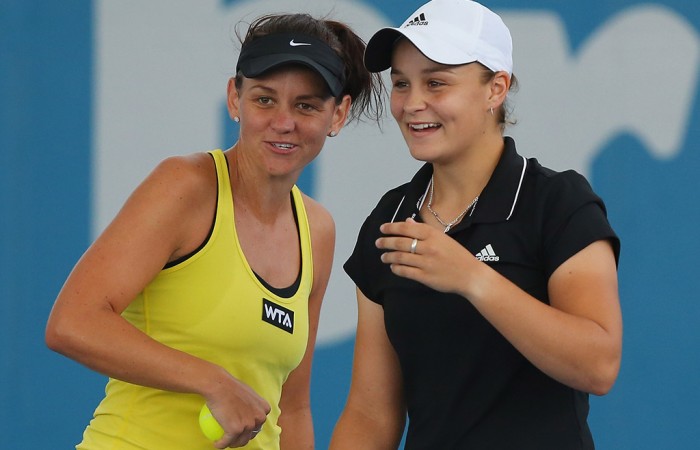 Nothing looks worse on the doubles court – or better to the opposing team – than a combination which argues. Blaming each other for miscommunications or scolding your partner after errors simply contributes to a toxic environment of resentment and negativity. Instead, apologise for errors, encourage your partner at every opportunity and work together – you’ll combine better and deny your opponents a mental edge.

Stick to your side. And if your teammate says “mine!”, let them have it. They’ve already committed to the shot, so if you also decide to go for it, the outcome is rarely going to be good. One colleague recounts the story of calling for a smash, only for his partner to get in front of him and under the ball to play it himself. The result was a clash of racquets, and a shattered frame.

Play singles on the doubles court

The doubles court has different dimensions and therefore opens up a whole new raft of angles and tactics that you must adapt to. So, don’t camp yourself on the baseline and trade blows like you might in a singles match. Get to the net. Employ some lobs, dinks and slices to get your opponents off balance. Strategise with your partner to better position yourself and construct points. And reap the rewards.

Stressing out your partner or team by not arriving in time for your match is hardly the best way to kick-start a day of competition. Do the best thing by your teammates and ensure you arrive a little bit early to help warm each other up and get into the most prepared, focused headspace ahead of your match.

Club tennis is notable for the provision of food following a match; the home team is expected to offer a nice spread so that hosts and visitors can gather, relax and re-fuel following the day’s play. A poor offering – or lack thereof – can lead to angry tennis players. So remind your teammates they need to bring something, and communicate to ensure some variety – who wants to tuck into four packets of biscuits?