Australia's Junior Davis Cup team has begun strongly in its bid to qualify for the competition finals in Mexico in September. 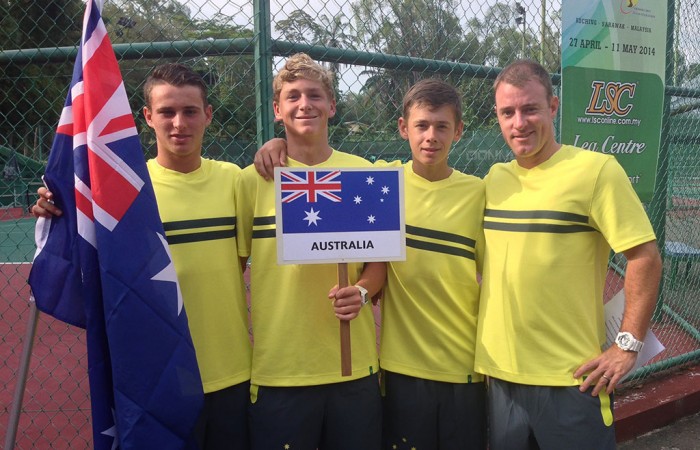 Australia’s Junior Davis Cup team has begun strongly in its bid to qualify for the competition finals in Mexico in September.

Contesting the qualifying competition in Kuching, Malaysia, the Australian team of Oliver Anderson, Max Purcell and Alex De Minaur have established themselves atop round robin Group D by winning their first two matches.

The third seeded Australians defeated Thailand 3-0 on Monday before backing that up with victory the next day over Singapore by the same scoreline.

Australia will take on fellow undefeated team India on Wednesday to determine the winner of Group D; although both nations will advance to the play-off for first to eighth position, the winner has the advantage of taking on a second-placed finisher from one of the other groups.

The top four nations from the Asia/Oceania region following the play-off stage will progress to September’s finals.

Australia’s Junior Fed Cup team of Priscilla Hon, Kimberly Birrell and Maddison Inglis will attempt to qualify in next week’s girls competition, to be held in Kuching on 5-10 May.

Junior Davis Cup by BNP Paribas is an international team event for boys and girls aged 16 and under.