Casey Dellacqua faces a busy schedule, potentially having to play three rubbers for Australia in this weekend's Fed Cup semifinal. She took time out to speak to tennis.com.au 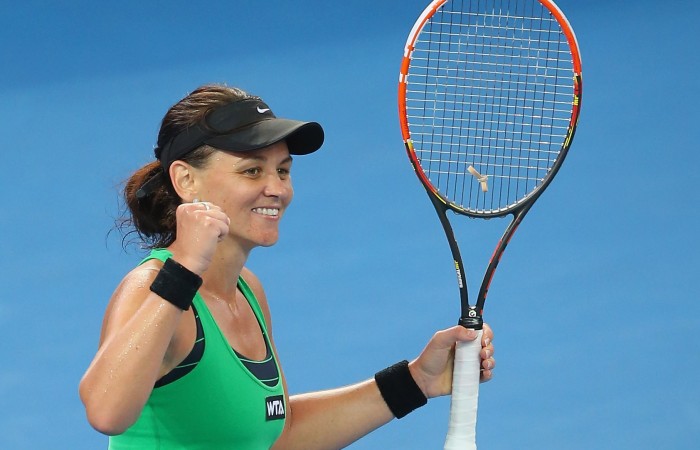 What is your earliest memory of Fed Cup?
To be honest it was probably the first tie I was ever included in. I actually had to play a play-off against our captain, Alicia Molik, in Seoul for the last spot on the team. I won that actually. Prior to that I had always dreamed of being a part of it because it’s not on TV much. It’s an experience that I’ll never forget.

What is your greatest memory of representing Australia?
Yeah probably being a part of two Olympics. I think playing in Beijing and London is something pretty special to finish my career saying I’ve played at two Olympics, but certainly I’ve said all along that Fed Cup is one of my favourite weeks. This is probably the most exciting tie because we’re really playing for something. Usually we’re just trying to stay in the main draw.

Who has won the most singles matches for Australia? Evonne Goolagong, Sam Stosur or Alicia Molik? (Stosur 27-11)
Sam. Someone told me the other day.

Who has won the most doubles matches for Australia? Wendy Turnbull, Rennae Stubbs or Casey Dellacqua? (Wendy Turnbull 29-8)
I’m gonna say Stubbsy. Turbull? Wow, Stubbsy won’t be happy with that.

If you could choose one Australian player from history playing at their prime to substitute if one of the girls was injured who would it be?
Good question. I think I’m going to go with Evonne Goolagong. Back in the day … I really admire her.